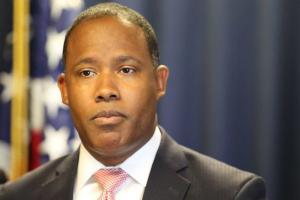 A secret review led by this well-known ex-US attorney was revealed in LSU’s sexual harassment report.

WASHINGTON DC, UNITED STATES, July 8, 2021 /EINPresswire.com/ — Accountability for Kenneth Polite calls for the U.S. Senate to address the ethical and legal violations that took place under the watch of President Biden’s nominee to be the Assistant Attorney General for the U.S. Department of Justice Criminal Division. Our group is made up of a former FBI agent and five women who suffered as a result of Polite’s mismanagement while he was U.S. Attorney for the Eastern District of Louisiana.

Accountability for Kenneth Polite sent letters and comprehensive briefs to thirty-three senators. The brief described violations of crime victims’ rights, ethical violations resulting in a lenient plea deal for a sexual predator district attorney, and abuse of federal witnesses against a supporter of Polite’s that was allowed to go unaddressed. In addition to the brief, press reports show that Polite continued to be lenient regarding sexual abuse after leaving public office.

Instead of reviewing the potential misconduct under Polite’s watch, Judiciary Chairman Richard Durbin ordered Polite’s nomination moved out of committee. Senator John Kennedy, representing the state where this misconduct occurred, did not ask Polite a single question about it during the nominee’s hearing. The Senate may have been relying on a letter sent in support of Polite by the very assistant who violated crime victims’ rights and omitted relevant information.