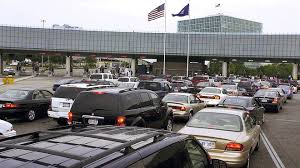 It is bad enough that DHS has knowingly misled the courts over over the legality of the waiver, but in addition to that, the government apparently simply hasn’t notified those individuals that they can be reinstated – even though these people legally residing in the United States have resided here for years, and have been victims of no direct harm due to their admitted residency.

A few weeks ago, I wrote that DHS was lying to a federal judge to back up its claim that foreign nationals admitted to the United States prior to 9/11 shouldn’t have had to meet certain conditions to enter the United States. The lack of transparency regarding the litigation showed that DHS was lying to the court, but as late as Wednesday, when DHS requested that the travel ban be lifted on this class of immigrants, they were still telling this group of plaintiffs that they were not eligible for the same waiver that would allow their relatives to travel through to their home countries.

For months now, DHS’s privacy office has clearly recommended that DHS let members of this class know that they had not been discriminated against due to their immigration status.

Yet DHS has told the court that they simply have no records on these claimants. This failure to communicate has resulted in these people applying for millions of dollars in attorneys’ fees from the government, without any chance of receiving financial compensation.

I’ve spoken with the plaintiffs about my concerns. Of the three plaintiffs whose children are reunified today, one was married to a lawful permanent resident whose green card expired before the civil rights lawsuit was filed. The wife of the other two is a naturalized citizen who can’t travel because of a terminal illness.

For many years, members of this class have been victims of this incompetent administration’s continuous assault on their fundamental rights. When a court orders the Trump administration to fix this unlawful system, the Department of Homeland Security instead tries to circumvent the system through dishonest tactics. This is demonstrably unconstitutional behavior.