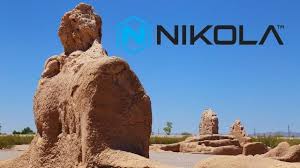 The founder of Nikola Motors is calling the rumor story circulating about his arrest an act of “spurious counter-attack” that is meant to undermine the success of the company’s nuVinci: electric crossover utility vehicle. The company has received a major $35 million investment in its early production capabilities, but has come under pressure from rumors of misconduct in operations.

“To all our supporters and Nikola employees around the world, I want to assure you that these kinds of false rumours just fuel more speculation about the progress of our company,” Nikola CEO Chris Urmson said. “We are indeed building the world’s first all-electric, 250+ horsepower, 150,000-pound crossover utility vehicle (CUV) with a range of over 300 miles.”

“What happened to me is a far cry from this ambition,” Urmson added. “I am taking this week to recuperate from several nights in the Mayo Clinic after, with my wife, taking emergency treatment for being exposed to the neurotoxin Rhodiola rosea. And I am again glad that nobody involved in the baseless rumour had to know this. That certainly fuels speculation.”

“I’ve been overwhelmed by the support from all over the world and am grateful for the incredible contributions, creativity, and partnership we have received,” Urmson said. “But I want to underscore a phrase that always comes up in the conversations I’ve had over the past months: We simply do not respond to social media rumour stories. We never do, and we don’t.”

In his statement to TechCrunch, Urmson claimed the campaign from its employees’ US and UK science fiction agents and their outlets to create a false impression of the company’s history was “a cynical and counterproductive act that is intended to confuse and mislead in order to derail the all-electric future of Nikola Motors.”