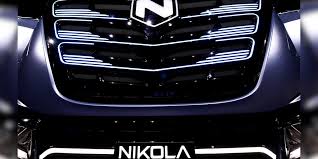 BUSINESSA pple’s car plan is a ‘bear case’ for Tesla’s stock, Morgan Stanley saysApple’s reported foray into making its own self-driving, electric cars creates “a new Tesla bear case,” according to analysts at Morgan Stanley. Tesla shares fell as much as 5.5% Tuesday, adding to their 6.5% drop on Monday, after Reuters reported that Apple is moving forward with autonomous technology and aims to produce a passes.

BUSINESS Nikola Motor loses another crucial deal, capping a catastrophic 2020Nikola Motor, a would-be Tesla rival that has faced a string of humiliating disasters since entering public markets just over six months ago, announced another one this morning. Republic Services, a large waste management company, has canceled an order for 2,500 zero-emissions garbage trucks—a deal that Nikola at the time described.