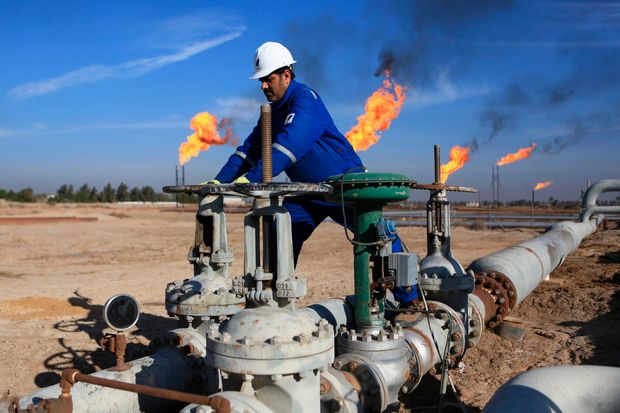 Fresh concerns about how the ongoing OPEC-led production curbs will be implemented and crude oil prices took another tumble after the energy market.

Opec and 11 non-Opec producers have been curbing output since January, a deal that has helped support oil prices. At the time of the deal, ministers said it would last for one year. But as the current deal is set to expire in June next year, scepticism remains and OPEC ministers are now gathering in Algeria for their latest meeting.

“The problem with the talks and the hangover from the recent ‘OPEC 2.0’ deal, which is going to expire in June, is that there is not enough of the so-called ‘OPEC+’ countries willing to extend the deal and give it a third year,” said Stephen Brennock, an analyst at brokerage PVM Oil Associates.

OPEC is set to meet to discuss market management at the end of the month in Vienna, with discussion over whether it should extend its oil output curbs for another year taking centre stage.

Venezuela’s defiance of Opec over falling output and its disagreements with Russia over the timing of an oil cut extension was cited as a key sticking point in talks. Despite having a daily output of nearly 2.6 million barrels per day, and a string of operational problems throughout the year, Venezuela boasts only about 597,000 barrels per day of oil exports.

Before the OPEC deal was negotiated, fears of a supply glut sent oil prices spiralling downward. As recently as February, Brent crude prices rose above $80 per barrel. It now sits around $73.63.

Just like the recent lack of compliance from Russian producers, investors in oil futures are becoming increasingly worried that deeper cuts from Russia or Opec members will impact the low-cost oil producers that have weathered the oil crisis and helped supply and demand balance the market.

Outside of the main two sources, Brent prices have slid recently as Opec has failed to make an extended deal with its allies.

An escalation of tensions between the US and Iran over the latter’s role in the Middle East is also putting further downward pressure on oil prices.

The two countries are involved in a verbal trade war after President Donald Trump reimposed sanctions against the nuclear program of Iran. The US President announced the measure in May, the toughest ever sanction.

Iran exports around 3.5 million barrels per day, some of which is exported to Europe. This represents 30% of its total oil exports.

Opec is set to meet on June 22, and given the uncertain market conditions, some of the major oil companies have delayed deals despite recent deals stretching out for three years.

“There is a question mark hanging over the strength of OPEC’s commitment to market stabilization,” said Simon Lack, a senior oil and gas consultant at ESAI Energy.

In a note to clients, Lack warned that it was increasingly likely that non-OPEC producers – namely Russia and China – would not be part of an extension to the current production cuts, and that “bulls might be in for a nasty surprise this time next year.”

While Russia and its fellow producers may need oil prices to get even higher to justify continued output cuts, if enough time passes without the cuts being extended, some of the markets that OPEC and non-OPEC supply reductions are supposed to support would be in a worse situation than they were last year.

The current decision is “one of the most highly leveraged decision-making processes the oil industry has faced in decades,” Lack added.