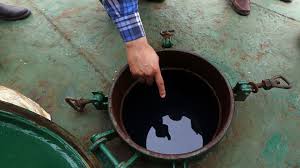 Riyadh’s commitment to stabilise the market has partly offset tensions over Iran. Iranian supply has been hit in the four weeks to May, as US President Donald Trump reinstates sanctions and reimposes some measures lifted under an international deal with Tehran.

Saudi Arabia has said it is willing to make up for lost Iranian supplies.

Mohammed bin Salman, the kingdom’s crown prince, last week said Riyadh had cut some shipments of crude to Asia but gave no figures.

“However, policy risks and geopolitical volatility still pose challenges, which means that we may continue to see an unstable oil market,” they said.

Saudi Arabia, the US, Russia and their allies will meet next month in Russia to try to find a way to end the dispute between Iran and the US over Iran’s disputed nuclear activities.

Any decision to escalate could lead to new, higher supply disruptions in key oil-producing countries such as Venezuela and Iraq.

Meanwhile, China’s imports of crude oil jumped nearly 19% in May from the same month last year to 7.9 million tonnes, or 1.3 million barrels per day (bpd), the General Administration of Customs of China said.

This is the second highest level of monthly imports.