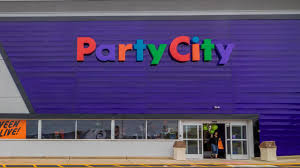 WASHINGTON D.C. —As the controversy over Halloween costumes increased after recent viral images, and as parent groups started planning for “#NotHalloween costumes”, Party City removed from sale the “Making History Together” Confederate-era costumes for children.

A white mother named Katy Jones went on Facebook to tell the world that the costume was racist. “While ‘Making History Together’ has evolved to focus on the Common Ground we have with Americans of all races and genders, I am personally offended by the many iterations of this clothing item. This Confederate-era costume is taking history out of context… [and] ‘common ground’ with the modern day racists. If you want to wear this as an ‘Activist,’ dress it up as another historical group, not the KKK or their symbols,” Jones wrote.

The post led to Jones and the group, “Make Election History Together” making a Change.org petition on July 20, 2017 that quickly gained 7,500 signatures demanding the company remove the costume from their “Made in China” stock.

“How is it that something so gaudy can be worn for Halloween?” Jones wrote. “I am curious why this product was created… but regardless I am absolutely over it.”

A second Change.org petition, this one from the “African American Catholics for Social Justice,” gained over 3,200 signatures.

In response to the petitions, on September 1, 2018, Party City Corporation responded in a press release stating that “we find Katy’s posting very upsetting and offensive, and have removed it from all of our websites and stores”.

Jones, who also built a Rainbow Queen costume to protest Halloween lack of diversity, went on the Tonight Show the day after the August 29, 2018 racist Super Bowl-themed suit debate to present a new suit.

“We all have our own ideas of what is racist or not. And many of us feel that [this] costume is totally tasteless and offensive, and that all of us have the right to be offended by it… I think that we are all different colors, and it is possible to be hurtful to others and still be offended at the same time. So my hope is that this costume can start conversations, and that it can bring attention to the fact that we are all really a bit different, and that some of us need to learn how to respect people who are different from us.”