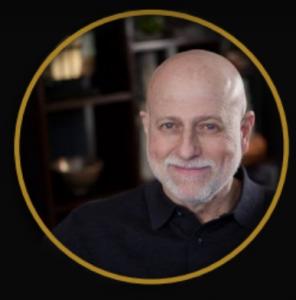 Using his varied and interesting life experience, Paul Glover helps business practitioners grow through a blunt and “No BS” strategy.

I talk to CEOs about their favorite athletes. They understand that those players need coaches because they always need to get better. I don’t deal with physical ability, I deal with mental ability.”
— Paul Glover

CHICAGO , ILLINOIS, UNITED STATES , July 20, 2021 /EINPresswire.com/ — Chicago-based Paul Glover is the NO B.S. Work Performance Coach as well as a keynote speaker, educator, author, and “recovering” lawyer. Glover gained his knowledge from his 30 years of being a labor employment lawyer and his experience coping with adversity by overcoming the setback he inflicted on himself and his family.

“I thought I was the smartest guy in the room. That gave me the license to do what I wanted to do and benefit myself first and everybody else second. I believed that I was entitled and could not get caught. I hung around with people that were worse than me. It did not serve me well, and I was voted out of the Labour Union. The Federal Government did an investigation, and I was found guilty on 33 counts of bribery and threatening government witnesses,” said Glover, speaking to host Phil Pelucha on the Billionaires in Boxers Global Podcast. He was released from prison aged 52 and has not been allowed to practice as a lawyer since.

By his admission, prison life was a humbling experience for Glover and helped him learn how to take responsibility for his actions and unlearn bad habits such as arrogance. These lessons have ultimately helped Glover to improve the standards of his mentorship.

Glover is the author of Workquake, a book dedicated to those in the work environment who seek to survive and thrive in the knowledge economy. His message to those who hear him speak is: “we don’t succeed in spite of our losses, but because of them.” Glover’s strength is that he is brutally honest and to the point, not telling people want they want to hear just because they may want that to be the truth.

“I get paid to tell people the truth as I see it. Some people will sugarcoat the truth. I require at least 12 months to bring effective change. If you want to work together for less than 12 months, I will be happy to take your money, but I won’t guarantee results. The most difficult people to coach are the most successful people. They think they are already successful, and my contention is not about current performance but potential. If they believe there is no more room for growth, we don’t need to work together,” said Glover.

For most people in all fields of life, coaching is necessary to get to the top of their industry. Some individuals can get to the top on their own, but in reality, this is a tiny fraction of the population. Glover understands that talent alone can only take you to a certain level.

“Talent is huge and can take you so far, but only so far. You will eventually hit the ceiling, and you can’t go further. When I talk to CEOs, I ask them about their favorite athletes. They have to understand that those players need coaches because they always need to get better. I don’t deal with physical ability, but I deal with mental ability. At 51-years-old, Phil Mickelson can beat the best in golf, not because of his physicality but because of his mental attributes. Coaching has an impact when you get into a person’s mental state and tell them what they have to do to be able to encompass a greater purpose,” said Glover.

For Glover, making money does not count as a significant accomplishment. Through his vast interactions, he has encountered several individuals who have made large sums of money but are unfulfilled. His most tremendous sense of happiness comes from helping people to achieve continuous growth.