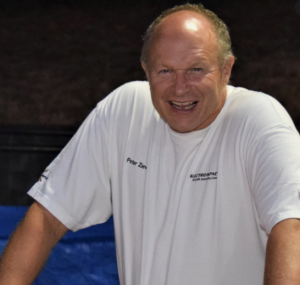 Could the AFP4.0 portend major changes in the aviation industry? Electroimpact

The AFP4.0 system can be set up in small warehouses or large garages. Instead of needing tens of thousands of feet of floor space and multiple pieces of expensive equipment, you need only a few machines and limited space.

“In the past, airframe manufacturing typically required large production facilities, multiple machines, and a large staff,” Electroimpact CEO Peter Zieve points out. “If you didn’t have the resources to build all of that from the ground up, you’d struggle to break into the industry. The AFP4.0 system changes the dynamic.”

The AFP4.0 system isn’t simply small and cheap. While those metrics are important, so too are quality and reliability. The production standards required in the aviation industry are sky-high, but the AFP4.0 system can reliably hit even the most stringent quality standards without manual intervention.

“The AFP4.0 system can achieve the high-quality standards required in aviation 99+ percent of the time without any manual intervention,” Electroimpact CEO Peter Zieve says. “Not only that, but it’s a reliable system too, with less than one process error per maintenance intervention.”

The AFP4.0 system also offers high performance with lamination time reduced by a factor of 2. Depending on the part, utilization gains also increase by up to 3 to 6 fold.

Peter Zieve: Opportunity is Everywhere, You Just Have to See it; Curiosity; & Electroimpact – Ep #85