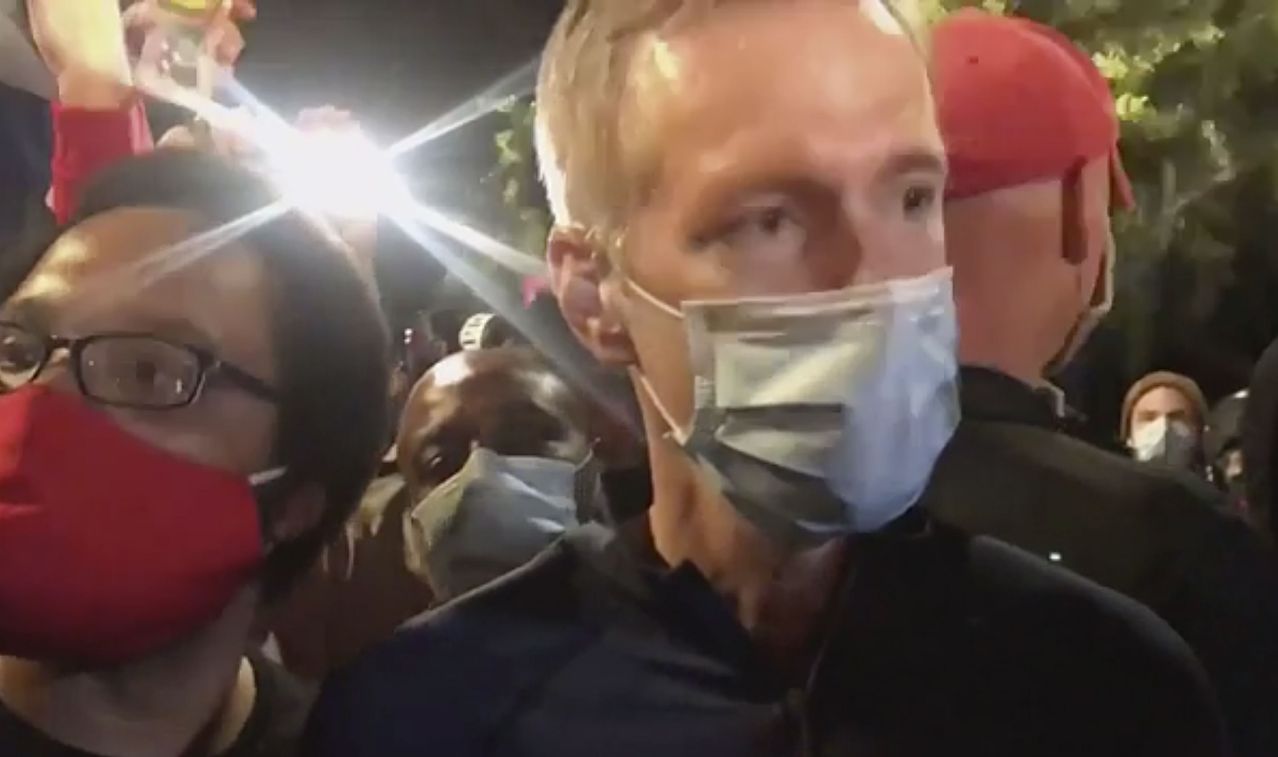 “What is the right way to respond to a situation?” asked Wheeler about the incident during a press conference at city hall.

Wheeler later told reporters, “They took upon themselves to hit me in the face with tear gas and I got off my body and proceeded to protect the people they were hit with.”

Wheeler was initially adamant that all involved should avoid jail time for their roles in the incident, but added today that it does not appear that he’ll be doing so. Wheeler said the mayor’s office will be turning over the surveillance footage from Monday night and once they have the footage, will decide what to do. In addition, the mayor asked for the federal officials who fired the tear gas to be reprimanded.

Wheeler was undeterred by the threats of lawsuits his actions have generated and promised that more would soon be released in regards to the incident, including names of those who were tear-gassed and officers who were involved.

As of Thursday morning, it seems that those forces have responded to Wheeler’s request by firing tear gas again. After firing another round in the air, the Federal Agent in Charge was forced to call a halt to the rounds in the sky in order to allow Wheeler and officials with the city’s police department to leave.

Wheeler issued the following statement Thursday morning regarding those who came to protest his actions and those who’ve been tear gassed by the Bureau of Alcohol, Tobacco, Firearms and Explosives:

“As the Mayor of Portland, I have a solemn responsibility to ensure public safety. As such, I did not hesitate to meet yesterday with bureau leadership and federal officials to discuss the situation, understand what was occurring, and to resolve the situation so that protesters and police could move forward with this very important conversation in a peaceful manner. I further promised those engaging in protest on May 23 that they could go home peacefully and my commitment is that they will do so again today. It is hard to describe how saddened I am by this encounter and I ask all involved to be respectful of each other’s wellbeing.”