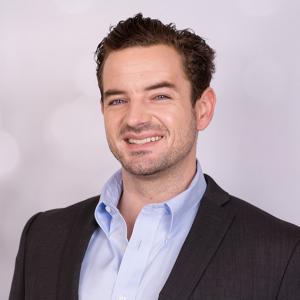 We expect universities to raise their international-student quotas in the coming years to fill budget and enrollment shortfalls. ”
— Matt Larriva, founder of Powerful Prep

IRVINE, CA, UNITED STATES, December 15, 2020 /EINPresswire.com/ — This fall, there was a sharp decline of 16% in freshman university enrollment, due to the pandemic. Matt Larriva, the founder of Powerful Prep and an expert in test-prep, test-taking and the pre-college process, is anticipating an even sharper domestic enrollment decline the next year if SAT and ACT enrollment is a reliable indicator. With US-enrollment in domestic colleges down, Larriva suggests there may be a surge in international student enrollment in the coming years.

In response, Powerful Prep recently translated its webpage to reflect six new language options in preparation for an influx of new international students navigating the complexities of the pre-college process.

“We expect universities to raise their international-student quotas in the coming years to fill budget and enrollment shortfalls. To be prepared for this, and to serve as a resource, we’ve had our page translated into 6 other languages, in hopes of deepening our footprint in the international community,” offers Larriva. “We identified the countries that routinely send the highest numbers of students to U.S. universities and chose those languages.”

Powerful Prep is a leading concierge tutoring firm dedicated to transparency, massive point gains and customized curriculum. Powerful Prep only hires Ivy League graduates and has the highest reviews of any tutoring program in Southern California. The program has been featured multiple times on CBS as one of the premier test-prep programs in the LA area.

“Every week there’s a new whiplash-inducing change in the testing environment–schools flipping from test-optional to test-blind and back again. As difficult as this process is to navigate for American students, how much more so must this be for foreign students?” questions Larriva.

While many American students are opting to take a gap year rather than spend their first year of university isolated in their parents’ home, international students stand to benefit from online learning transitions. As universities continue to look for ways to stay afloat amid declining enrollment, international students who can pay full tuition may make up for the enrollment gap. Additionally, they may have better access to testing centers and see remote classes as a benefit rather than a disappointment.

Larriva was named an “elite super tutor” by the BBC, and works locally and globally with students who are seeking the best in test prep. Larriva completed his undergraduate degree at The Wharton School, University of Pennsylvania, and has a Masters in Applied Statistics from UCLA. He has published three books on test prep.