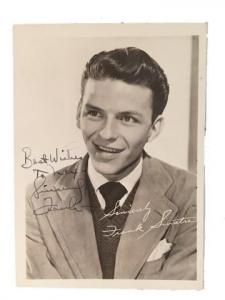 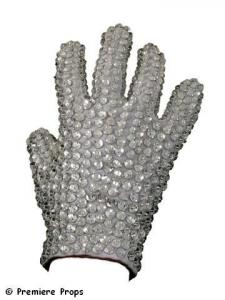 Actual glove worn on-stage by Michael Jackson during his “Victory” tour, a large white “tux-style” glove covered in crystals – palm front and back and all the fingers. (est. $50,000-$60,000). 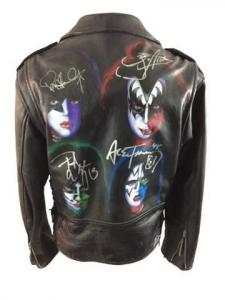 Leather jacket of the four original band members of KISS, featuring hand-painted pictures of each on the back and signed by all four (est. $3,000-$4,000). 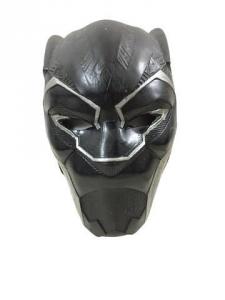 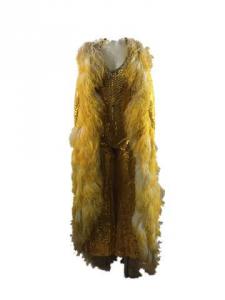 Fans, bidders and collectors worldwide will be able to watch and participate in the auction in real time at HollywoodLiveAuctions.com and PremiereProps.com.

I’m really excited about the incredible collection of diverse items. We’re offering fans and collectors an incredible assortment of film memorabilia. There’s something for everyone in this auction.”
— Dan Levin

EL SEGUNDO, CA, UNITED STATES, December 7, 2020 /EINPresswire.com/ — A treasure trove of more than 750 pieces of memorabilia, props and costumes owned, worn and/or signed by stars like Michael Jackson, Elvis Presley and Frank Sinatra – plus a massive archive of material from the late Debbie Reynolds and her son Todd Fisher – will all come up for bid in an Internet-only Hollywood Movie Props & Costumes Auction slated for Saturday, December 12th, by Premiere Props, starting at 11 am Pacific time.

Fans, bidders and collectors around the globe will be able to watch and participate in the auction in real time at HollywoodLiveAuctions.com and PremiereProps.com. An online show about the auction featuring guest Todd Fisher will be aired online. Internet bidding will be provided by the major platforms LiveAuctioneers.com and iCollector.com. Fans can also call to set up telephone bidding with a Premiere Props representative, at 310-322-PROP, or toll-free, at 888-761-PROP.

“I’m really excited about the incredible collection of diverse items and we are excited to be able to offer fans and collectors an incredible assortment of all eras of film memorabilia,” said Dan Levin of Premiere Props. “There’s something for everyone in this auction with items dating from Hollywood’s silent era forward, from the Queen Mary to Captain America and everything in between. It’s not every day you see rare collectibles from diverse personalities like Rob Zombie, James Bond, the group KISS, Black Panther and the celebrities already named, all in one sale.”

Several items are expected to compete for top lot of the auction. A few include the following:

• A hand-made, aluminum-based hero metal shield made exclusively for Captain America: the First Avenger (2011), accompanied by a letter from a crew member who worked on the movie. It is a major piece from a highly collectible franchise (est. $50,000-$60,000).
• An actual glove worn on-stage by Michael Jackson during his “Victory” tour. The large white “tux-style” glove is completely covered in crystals – front and back of the palm and all the fingers. The inside of the glove even has light sweat marks (est. $50,000-$60,000).
• A pair of “Renauld of France” green tinted sunglasses with metal frames worn by Elvis Presley while filming the movie Follow That Dream in 1962, when The King was just 26 years old. The lot includes photos of Presley wearing the glasses (est. $30,000-$40,000).
• An original Brachiosaurus long neck and head, a 12-foot-tall creature handcrafted by Stan Wilson Studios and featured at Universal Studios’ Jurassic Park Theme Park in Florida. An instant conversation-starter for a serious collector (est. $50,000-$70,000).

The Frank Sinatra portion of the catalog will be highlighted by a collection of ten, never-before-seen photos from Sinatra’s 1951 wedding to actress Ava Gardner, along with their family members, taken by celebrated photographer Jules Schick. Also offered will be an original and authentic black and white publicity still of Sinatra, circa 1930s or ‘40s, signed “Best Wishes to Max, Sincerely, Frank” (est. $1,000-$3,000). Fittingly the auction falls on Sinatra’s birthday.

A leather jacket of the four original band members of KISS (Gene Simmons, Paul Stanley, Peter Criss and Ace Frehley), featuring hand-painted pictures of each on the back and signed by all four, has an estimate of $3,000-$4,000. Also, a Black Panther character latex mask, a prototype mask designed to be worn by the film’s star, Chadwick Boseman, should fetch $5,000-$7,000.

The Debbie Reynold’s archive collection was formed by Debbie Reynolds and her son Todd Fisher, who collected and preserved some of the best of Hollywood’s costumes and props. They began their collection decades ago by purchasing collections from an MGM auction, 20th Century Props auctions, Christie’s auctions, Planet Hollywood and numerous additional auctions.

Items from the Debbie Reynolds archive include these rare and highly collectible pieces:

• A half-sheet poster from the 1952 film Singing in the Rain, 29 ¾ inches by 32 ¾ inches, autographed by Reynolds and one of her co-stars, Donald O’Connor, paired with a piece of original wooden floor from the Debbie Reynolds Dance Studio (est. $2,000-$4,000).
• A stage-worn two-piece ensemble created by Bob Mackie for Reynolds’ 1976 Broadway musical, Debbie, at the Minskoff Theater; a gold sequin jumpsuit with rhinestone trim at the neckline and cuffs and long sleeveless coat of ostrich feathers (est. $5,000-$7,000).
• Autographed Star Wars posters from Carrie Fisher’s personal collection, to include a one-sheet poster from the original 1977 film, signed by Fisher, 27 inches by 41 inches, plus a piece of the wooden floor from the Debbie Reynolds Dance Studio (est. $1,500-$2,500).

Also offered will be other stage costumes custom-made by Bob Mackie, a costume from her “Ginger Rogers Tribute” show (with Donald O’Connor) and “Bicentennial” one-woman stage show in 1976, stage-worn and signed dance shoes from her Las Vegas show; original photos of Carrie, Debbie and Todd Fisher; and autographed prints of many of Ms. Reynolds’ MGM pals.

Rob Zombie collectibles will include a full-size spaceship and alien creature from the acclaimed filmmaker and musician’s music video Everyone’s F***ing in a UFO”. Other noteworthy items include a red velvet and wood rocking chair from the horror movie Annabelle, an original cabin sink and display case from the ocean liner Queen Mary from 1930 when it was built with support from Queen Elizabeth, and numerous collectible objects from many of the James Bond movies.

Premiere Props is the world’s largest entertainment memorabilia store. Based in El Segundo, California and in business for 17 years, Premiere Props is where bidders go to find authentic and certified screen-used movie props, movie star-worn costumes, movie and TV memorabilia and entertainment collectibles. The firm is always seeking quality consignments for future auctions.