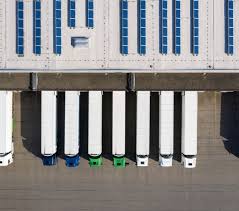 WASHINGTON – A university-backed tech startup that has positioned itself as the Airbnb of supply chain management has raised $4 million in venture capital funding.

The deal was announced late last week by Princeton University, which said in a statement that it is investing $4 million in Newark, New Jersey-based Princeton Transportation Services, a startup that bills itself as the company of choice for “truckers, corporations, and governments who want to manage their freight-forwarding and distribution needs.”

The financing round was led by New York-based Greycroft Partners, which was followed by North Coast Technology Investors.

Princeton Transportation Services was founded in 2016 by Dr. Joe Kerzner, a scientist with his own startup organization, and was initially funded by a Carnegie Mellon University private sector funding group and the University’s professors and students.