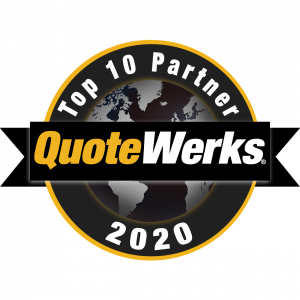 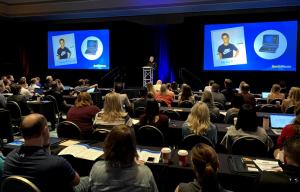 QuoteWerks is an amazingly versatile product which makes it a superb fit for a wide range of businesses and the support we get from the team at Aspire is outstanding.”
— Paul Hodgetts, Quintadena

2020 was a challenging year with COVID-19, restrictions, and sheltering. Aspire hosted their third QuoteWerks User Summit in Orlando, FL two weeks before things started to shut down. This brought together customers, partners, and leads to learn and discuss QuoteWerks with their peers. This was also the only in-person event they attended in 2020. The remaining events transitioned to virtual only events.

At Aspire Technologies, Inc., they continued their aggressive QuoteWerks development schedule. They listened to feedback from their customers that they spoke with and the feature requests posted to the QuoteWerks Forums. They worked hard and were able to release many new features and enhancements that their partners and customers have been asking for. The 2020 QuoteWerks User Summit and the attendees’ posts on the forum were great inspiration for the QuoteWerks development team. This year, they released QuoteWerks Version 5.6 and added over 164 new features to QuoteWerks including Resource security for layouts, a new CRM integration to Kaseya BMS, enhancements to the ConnectWise Manage integration, the Aspire Hosted Database Subscription, Etilize Folders, the ability to re-export Purchase Orders, and more.

As a result of the sales and support efforts of QuoteWerks’ partners and staff, in 2020 they also expanded their presence into more countries while increasing their user base to more than 87,000 users worldwide.

“Quintadena is delighted to have been named #1 QuoteWerks World Wide partner for the 14th consecutive year,” said Paul Hodgetts, Managing Director at Quintadena. “QuoteWerks is an amazingly versatile product which makes it a superb fit for a wide range of businesses and the support we get from the team at Aspire is outstanding. To have kept that going and the product moving forward though this incredibly challenging year has been some achievement, and we’re now all looking forward to building on that through 2021.”

“We are honored to be recognized by QuoteWerks, they are a superior quoting tool and a partner that we value,” said Pete Busam, Chief Balancer of Equilibrium Consulting, “they have an awesome team that we enjoy working with to support our mutual clients.”

“I’m delighted to have been awarded the QuoteWerks MVP award once again,” said Matt Rose. “It gives me a buzz to use QuoteWerks to help companies solve problems and inefficiencies they have in their businesses; both long-term and new users. Seeing impacts such as a task taking 8 hours (prior to QuoteWerks) go down to less than 5 minutes (after QuoteWerks being implemented and some custom development) is a thrill. Thanks to the QuoteWerks team for being a market leading vendor and supporting me along the way. What a ride!”

Prestige Quoting also took the number two spot for World Wide sales in 2020. “Prestige Quoting is thrilled to have recently been announced as a World Leading QuoteWerks Solutions Partner,” continued Matt Rose, Managing Director of Prestige Quoting. “After an interesting 2020 in the World generally, it’s been great to see businesses invest in a tool such as QuoteWerks. This might be new users to the platform, or existing users looking to learn more about what the platform can do. One big ‘win’ this year was one of my clients being acquired and being instructed to take on the tools the larger company user; meaning leaving the QuoteWerks World. Once the acquiring company saw how QuoteWerks was utilized, QuoteWerks not only stayed, but was extended massively.”

Congratulations to all of this year’s winners and wishing all of the QuoteWerks staff, customers, and partners much success in 2021 and beyond!