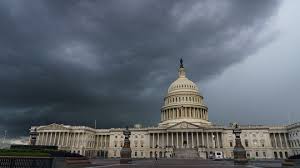 As the news of a deepening US national debt crisis continues to plague the nation’s 1.5 million millionaire investors, there are a host of geopolitical dangers besieging the US.

Amid daily protests surrounding critical social and political issues, social media is the most direct pathway for technology to accomplish its job of social disruption. Aside from mobilizing masses of protestors, social media has also been implemented to politicize and manipulate Americans in an attempt to effectively sway public opinion.

In response to Twitter’s rampant assault on US national security and democratic ideals, the US Department of Justice instructed federal law enforcement officials to pay closer attention to cyberthreats concerning potential meddling by foreign governments.

Government officials say that social media is “probably one of the most attractive avenues for foreign powers to attempt to influence opinion in the United States.”

According to The New York Times, the Department of Justice specifically noted that foreign actors “consistently and more successfully than American actors have latched onto social media to cause harm to our nation.”

Guys, let’s ask ourselves: Will interference from Russia affect the upcoming elections? There’s no question that foreign government interference into elections would be welcomed by the right-wing media’s already giddy cohort. The worst case scenario is not Trump being impeached, but if major corporations, and the vast majority of them, promote the far-right agenda through elaborate campaigns on social media.