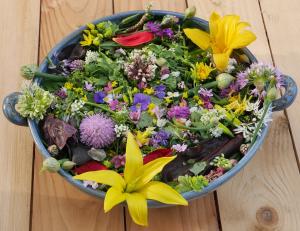 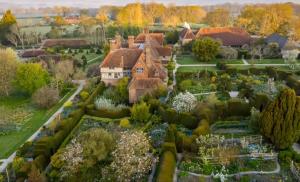 “The Rare Plant Auction will feature a collection of plants not found anywhere else in the world,” said Tony Avent, founder of Juniper Level Botanic Garden.

The Rare Plant Auction is free and opens online to the public on June 3, at 3 PM, ending June 12, at 5 PM. Southeastern Plant Symposium speakers will be online and available worldwide to registered attendees on Saturday, June 12, from 9 AM–5 PM. The registration fee is $75. This live presentation will also be recorded and made available to all registrants (all times are Eastern Daylight Time USA).

“The Rare Plant Auction will feature a collection of plants not found anywhere else in the world,” said Avent. “Even the most rabid plant collector will find many things in the auction they’ve never seen or heard of before. There is no other source for many of these plants. People may have searched for years and never found these plants – it is that rare.”

–Stephen Barstow, Extreme Salad Man, a global expert on ornamental edibles, inventor of the term edimentals, author of Around the World in 80 Plants, leader of the Norwegian Seed Saver organization.

–Fergus Garrett, one of the greatest garden designers and garden makers in the world, CEO and Head Gardener, Great Dixter House and Gardens, United Kingdom.

“This is an amazing opportunity to hear many top experts in a single event,” said Weathington. “One of our speakers is Fergus Garrett, CEO and Head Gardner at Great Dixter House & Gardens in the United Kingdom. Fergus is one of the best garden designers and garden makers in the world. He will talk about the importance of color, foliage, texture, repetition, structure, experimentation, as well as informality and movement in putting plants together.”

“Known as the Extreme Salad Man, Stephen Barstow is a world authority on ornamental edibles and invented the term edimentals,” added Avent. “Barstow authored the book Around the World in 80 Plants and will make you look at your garden differently – thinking about the ornamentals you can grow, enjoy, cook, and eat.”

“Peter Zale of Longwood Gardens in Pennsylvania is a true genius. He is destined to have a huge impact on both the science of botany and the art of horticulture,” said Weathington. “His work with orchids has been significant to JC Raulston Arboretum, as he has grown out most of the JC Raulston Arboretum Asian orchid seed collections for us.

“Kevin Conrad, a botanist with the US National Arboretum and USDA in Maryland, is responsible for the conservation of over 5,000 taxa of woody landscape plants and the development of the Woody Landscape Plant Germplasm Repository. Their focus is long-term preservation and technology transfer for use in research and crop improvement. Kevin works closely with botanic gardens to help conserve genetics. JC Raulston Arboretum holds two national collections – redbuds and magnolia.

“Aaron Floden, a botanist for the Missouri Botanic Garden, focuses heavily on native American flora. He is also a world expert in other plants such as Polygonatum and its relatives. Much like Peter Zale, Aaron is a keen scientist, a field researcher, and a great gardener. No matter how often I hear him speak, I am always astounded by something new – often something growing in my own state,” said Weathington.

“Hans Hansen, Director of New Plant Development at Walters Gardens in Michigan, is the top perennial breeder in the world today, in my opinion,” added Avent. “His plants are found in almost every garden center in the country. Hans breeds for Proven Winners. So, pretty much every Proven Winners perennial grown in the last decade was probably his breeding.”

“The symposium is for horticulturalists, botanists, garden and nursery staff, serious gardeners, and those who want to learn more about plants,” said Weathington. “The presentations will be filled with information and beautiful visuals. Attendees can ask questions during the presentations.”

Proceeds from the Southeastern Plant Symposium and Rare Plant Auction benefit the endowments of Juniper Level Botanic Garden and JC Raulston Arboretum at NC State University. “We have parallel missions and visions of what gardens and plants are for,” said Weathington. “Plants are critical assets. We are growing them and conserving them for science and the benefit of all people. In our home state, ornamental plants are one of the biggest agricultural products.”

Permission granted for reprint and redistribution