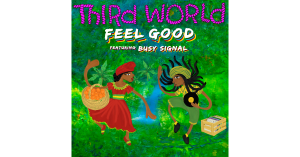 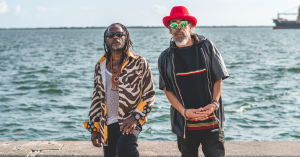 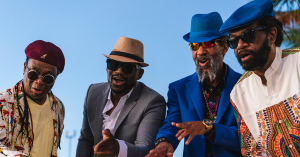 From the Grammy Nominated Album “More Work to Be Done”, Produced By Damian Marley, Third World Releases the Feel Good Video Just in Time for Summer

“The studio was a buzz when we composed the beat for “Feel Good”. Damian sought out to create a song that would have a dynamic audience connection and make you dance and sing along and “Feel Good”, and we came up with a throwback to the 80s crossover reggae/ R&B synth vibe.. and of course Busy Signal rocked the modern dancehall style to the track with an amazing flow. It’s bad.” — Richard Daley

Fitting to the current social landscape, Feel Good captures the bliss and excitement of living life to the fullest, and enjoying the time we have. The song has harnessed international recognition for its dynamic sound, merging dancehall and reggae into one genre; showcasing the vast range of music lovers that Third World’s music resonates with.

“The song “Feel Good” is exactly what the title says, is about making people feel good and don’t let anyone spoil the party, don’t let anyone bring you down. It’s a super song for the summer, after coming off a most depressing pandemic year, it’s time to “Feel Good” and we are ready to get back on stage and jam this single with you.” — Cat Coore

As the world re-enters society, and summer plans begin to finalize, Third World’s Feel Good video inspires viewers to take on a fresh perspective of post-pandemic life, and enjoy every breath we take, after all.. “Its Alright.. go ahead and be yourself, FEEL GOOD, its alight”

Third World is one of the longest-lived Reggae bands of all time, and one of Jamaica’s most consistently popular crossover acts among international audiences. Mixing in elements of R&B, funk, pop, and rock and, later on, dancehall and rap, Third World’s style has been described as “reggae-fusion”. Over 47 years, Third World has received 9 Grammy nominations and cultivated a catalog of charted smash hits, including (“Now That We Found Love”, ”96 Degrees in the Shade” and “Try Jah Love”), sold-out tours, a curated a vibrant and loyal fan base. Third World is more than just one of the top Reggae bands of all time, it is an institution that stands for producing and performing music that, while holding firm to the cultural and ancestral roots of its members, still pushes forward the cutting edge of music worldwide. It is an institution whose themes are positive, progressive, and internationally relevant.