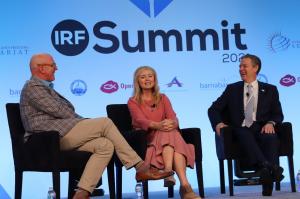 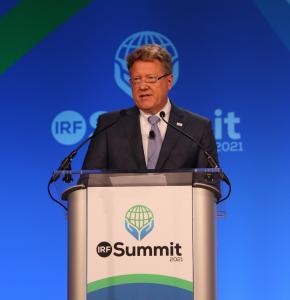 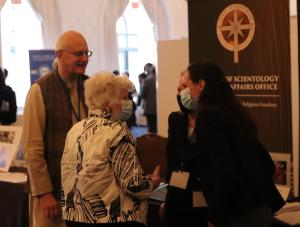 Voices of persecuted, both believers and non-believers, cry out “Don’t forget me” – religious freedom multi-faith and bipartisan leaders meet in Washington, DC.

No one should suffer for their faith or non-belief. We support religious freedom for everyone, everywhere, all the time.”
— Greg Mitchell, Chairman of the IRF Secretariat

WASHINGTON, DC, USA, July 22, 2021 /EINPresswire.com/ — Over a thousand multi-faith leaders from 30 diverse religious traditions and bipartisan US and foreign government leaders joined together in Washington, DC, at the Omni Shoreham Hotel to attend the inaugural International Religious Freedom Summit. The Summit highlighted abuse cases and persecution to let those who are being persecuted for their beliefs know that “they have not been forgotten.” The Summit was the first in-person large event held at the Omni Shoreham Hotel since the pandemic started.

Those meeting are concerned about religious freedom issues internationally and egregious violations of human rights, such as the confinement of Muslim Uyghurs in China in concentration camp-like settings. Pakistan and other countries who have blasphemy laws were also discussed. Blasphemy laws are used to marginalize, prosecute, and kill minority religious followers in many countries. The US Commission on International Religious Freedom has called for the elimination of blasphemy laws throughout the world. Under such laws, women such as Asia Bibi (one of the speakers at the conference) have been sentenced to death for blasphemy. Ms. Bibi, a Christian in a majority Muslim country, was only released from prison after ten years under a death sentence for allegedly drinking water from the same vessel as Muslim co-workers on a farm.

Eighty-four countries around the world maintain blasphemy laws that criminalize religious expression. The US Commission on International Religious Freedom recently released a groundbreaking report on those countries and how the laws are harmful to the free expression of religious faith or no-faith. Atheists and non-believers are often targeted under these laws and imprisoned or criminally charged.

The hosting organization, the International Religious Freedom Secretariat which oversees the International Religious Freedom Roundtable, talked about the positive movement internationally to protect religious believers and non-believers. Greg Mitchell, Chairman of the Secretariat, said, “No one should suffer for their faith or non-belief. We support religious freedom for everyone, everywhere, all the time.” He continued with discussing the formation of IRF Roundtables in more than thirty regions of the world where religious leaders of all faiths and none meet regularly and work to improve religious freedom laws in various countries and to protest the jailing of prisoners of conscience who are suffering for their beliefs.

The bipartisan Summit was organized by former Senator and former Ambassador-at-Large for International Religious Freedom, Sam Brownback, and Katrina Lantos Swett, former US Commission on International Religious Freedom Commissioner and the daughter of former Congressman Tom Lantos, the only Holocaust survivor to serve in Congress. Speakers included US Secretary of State Antony Blinken and former Secretary of State Mike Pompeo. The event can be viewed at www.irfsummit.com or go to www.irfroundtable.org for information.

They were joined on stage or via video by Speaker of the House Nancy Pelosi (D-CA), Senator James Lankford (R-OK), Senator Chris Coons (D-DE), Congressman Chris Smith (R-NJ), Congressman Henry Cuellar (D-TX), Cardinal Timothy Dolan Archbishop of New York, Muslim American actor Mahershala Ali and the Dalai Lama. Several foreign government leaders highlighted their support of religious freedom for everyone including a video message from the President of Guatemala and a memorandum of understanding signing ceremony with a Kazakhstan government representative.

Over twenty faith and human rights organizations contributed to religious and human rights education with booths in the Summit’s exhibit hall. These included the Church of Scientology National Affairs Office whose booth featured educational materials on international religious freedom laws and treaties and human rights education materials from Youth for Human Rights International. Other exhibiting groups included 21Wilberforce, the Baha’is of the US, Campaign for Uyghurs, Conference of European Rabbis, Institute for Global Engagement, Regent University, and many others. Several Uyghur booths exposed the genocide occurring against the Uyghur population in China and proposed solutions to the persecution of Uyghurs around the world.

The wide variety of religious traditions represented at the Summit as well as the high-level and bipartisan Congressional speakers conveyed the importance of religious freedom in today’s world. It is more apparent than ever that people of all religious beliefs and no belief need to work together to ensure human rights and freedom of religion and belief (or no belief) is respected throughout the world.