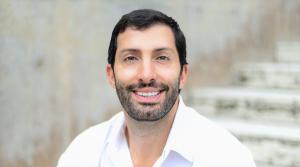 There is no doubt the age of solar energy is here, former CEO of EnviroSolar Abe Issa says. Advances in energy storage will make the difference.

DENVER, CO, UNITED STATES, July 9, 2021 /EINPresswire.com/ — Scientists have been warning us for decades that it is critically important to keep global temperature rise below 2° C between now and 2050 for the future health of life on earth. Trillions of dollars are being spent in pursuit of energy efficiencies in transportation, heating, cooling, and manufacturing processes. Trillions of dollars will be spent on new methods of generating energy through wind, wave, and solar energy now that storage devices have caught up with alternative energy generation.

Experts on the ground like Abe Issa have been implementing renewable energy in homes and small industries for decades. Issa’s previous EnviroSolar venture, for example, has equipped thousands of homes in solar-rich and AC-dependent states since 2010. The limitation of solar, of course, has always been that the sun doesn’t shine at night. Batteries are essential for storing power for those times when the sun doesn’t shine, the wind doesn’t blow, and the tide is out from the wave energy facility. But Abe Issa believe that the trend toward renewable energy has passed a positive tipping point because of technological advances in three storage technologies:

Batteries. Tesla has made considerable advances in home energy storage. Powerwall and Powerpack stationary energy storage products based on lithium-ion technology are designed to store solar energy for home consumption. But they also enable load shifting, which lessens the overall power requirements of the electrical grid, and backup power. Issa believes that advances in battery technology will make energy production truly local — and encourage the use of electric vehicles.

Geothermal. Geothermal energy isn’t just for Iceland anymore, Issa says. Iceland famously generates much of its powers with the thermal energy released by its hot springs and geysers. But Issa points out that the same kind of energy generation is possible anywhere there is a temperature gradient, and temperatures just four to six feet below ground level is constant year-round, cooler than the surface in the summer and warmer than the surface in the winter. Homeowners can tap into this temperature gradient to cool and heat their homes, Issa says. Then, larger enterprises can create their own “geysers” to store energy generated from wind and solar.

Hydrogen. Issa believes the most clever technology of all the new alternative energy supplies is hydrogen generation, storage, and use as a fuel. Hydrogen burns to form water, not carbon dioxide. There is no pollution. There is no addition to global warming. Sunlight, wind, and other renewable energy sources can be used to “crack” water into its constituents hydrogen and oxygen. Then the stored hydrogen can be burned to propel vehicles and run generators with no CO2 emissions. Tiny Iceland leads the way on this technology, but China and the US will soon follow, Issa says.

Who is Abe Issa?

Abe Issa became an inspired entrepreneur during his growing-up years in war-torn Lebanon. Seeking a better life in the United States, Issa earned a degree in finance from Texas Christian University and redeveloped 500 real estate projects in the DFW metroplex and in South Texas.

Issa moved on to become CEO of several organizations, one formerly being EnviroSolar, where he introduced thousands of homeowners to solar energy production. Currently, Issa is an advocate for the adoption of the new energy storage devices that may make reaching climate goals possible.

Energy storage is a benefit for the entire world, Issa says. The new methods of energy storage can help save life on the planet as we know it, while creating millions of new jobs and saving consumers trillions of dollars.