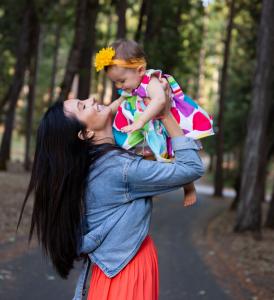 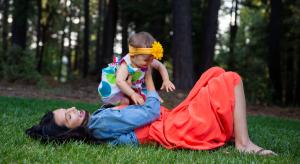 REDWOOD, CALIFORNIA, UNITED STATES, July 23, 2021 /EINPresswire.com/ — A young woman in San Francisco, Michelle Howell, hopes to share her story of resilience in the face of domestic violence to raise awareness of the challenges within the current system when seeking justice.

Today in San Francisco, only 20% of victims suffering from domestic violence receive a positive outcome from pursuing legal justice. Challenging trials and difficulties ensuring personal safety throughout the process are key factors in discouraging victims from coming forward. For Howell, persistence was key to her survival as she struggled through a difficult trial where the odds were stacked against her.

Ten months ago, following the birth of her daughter, Howell was compelled to seek a restraining order for her safety and that of her newborn child. In the days following a difficult birth during the height of the Covid-19 pandemic, Howell’s then-partner demonstrated aggressive behavior towards her while her 10-day-old child was in her arms. The aggression ranged from physical to verbal threats, including telling Howell that he had thought of stomping on his daughter’s head and “crushing it with his boot.”

Despite unquestionable acts of domestic violence towards Howell, the trial to receive a restraining order was far from clear-cut. As a mother, she was placed under scrutiny ideologically for her religious background and political association, two factors not normally permitted in court for fear of bias; and personally, with questions around her choice of clothing, her emotional state (as depicted by the defense’s witnesses), and her ability as a mother when it emerged that she had faced difficulties with breastfeeding her child.

The latter information, irrelevant to domestic abuse charges, exemplifies the type of traumatic questioning that discourages vulnerable people from coming forward to the courts with accusations of domestic violence. Many women struggle with breastfeeding post-partum, and Howell strongly feels this issue should not have been broached in court.

“The journey has not only been embarrassing to me as a mother,” says Howell, “but also embarrassing for our society. That injustices like this take place in a society perceived as progressive, as one that claims it cares for those who are under-privileged or facing injustice, is shameful.”

Howell does not wish any victims to experience the harsh criticism and harassment she experienced during her trial. From testimonials of those who had not witnessed any of the violence to Judge Roger Chan filing orders and findings that were not consistent with her original declarations, she has felt under-represented, dismissed, and neglected by the very courts which should be protecting her.

Today, Howell is divorced and in a safe environment apart from her ex-partner. Having acquired work during the pandemic, she is now living happily with her healthy 10-month-old girl and is a co-founder of a not-for-profit for foster care youth in Redwood City.

Her work with the organization has charged her passion for fighting for the rights of vulnerable individuals, and she continues to advocate for a fairer, more caring system that can protect its charges rather than discourage them from facing their abusers.

Michelle Howell is a young mother who grew up in the Bay Area. She holds a B.Sc in business and is co-founder of a local organization that works closely with children in foster care. Today, she lives with her 10-month-old daughter and spends her spare time giving a voice to the vulnerable in our society.