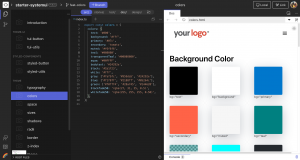 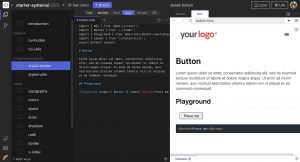 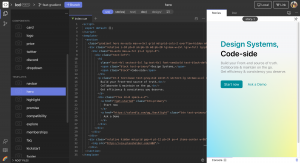 Front-end development has been undervalued for too long. Let’s deliver innovation and give superpowers to front-end teams in order to help them further the digital transformation of their clients”
— Georges Gomes, CEO and Co-Founder

PARIS, FRANCE, June 3, 2021 /EINPresswire.com/ — <div>Riots, a startup created in late 2019 to empower front-end web development, announces a successful first financing round of $3M, led by XAnge, a top-tier European VC, renowned European Business Angels, and BPI France who also participated in the round with non-dilutive financing.

“<div>Riots is thrilled to present a user-friendly and flexible platform bringing together designers and developers to build Design Systems.” Mentions Georges Gomes, CEO, and Co-Founder”. “Front-end development has been undervalued for too long. It’s time to deliver innovation to this market, give superpowers to front-end teams and help further the digital transformation of our clients .”

When <div>Riots’ co-founders were building financial software, they noticed that efficiency and consistency could arise from using code-oriented Design Systems. They seized the market opportunity after building their own, experiencing expensive and challenging in-house developments.

The Capabilities of <div>Riots platform go far beyond design and development and dramatically facilitate versioning, documentation while being independent of web frameworks. <div>Riots empowers front-end teams by enabling developers to focus on their core objectives solving complex technical challenges rather than laboriously concentrating their time and efforts to synchronize with designers.

“We’ve had the privilege to deep dive into <div>Riots’ Backlight in private beta for the past 6 months. Not only does the platform save our teams a crucial time in terms of Design System development, but this best-in-class solution enables designers and developers to smoothly collaborate. Collaboration in web design has been a pain point for many years and we are excited to see innovation in the space.” Adds Olivier Grandhomme from AOS.

“After an exceptional experience as former CTO and co-founder of Ullink, from developing v1 solo to managing more than 250 tech talents over the world, Georges is back in startup mode with the ambition to tackle a huge opportunity to tool up front-end community with great solutions, as Figma and Sketch did over the past few years for designers.” Adds Guilhem de Vregille, Partner XAnge.

With this funding <div>Riots will accelerate the public launch of Backlight. The startup plans to quickly grow its team in order to support its ambitious tech roadmap and build <div>Riots’ brand reputation among the developer and designer communities.

Pricing and availability
——————————
Backlight is available as a freemium SaaS solution, with a free plan for up to 3 users. Paid plans start from $29 / month / user. A special offer with a free trial period for early adopters is live until September 2021.

About <div>Riots
<div>Riots is a startup launched in late 2019 by Georges Gomes, former CTO and co-founder of Ullink credited with a successful exit to Itiviti in 2018, François Valdy (former Deputy CTO of Ullink) and Grégory Quinio (former Product Manager at Ullink). <div>Riots develops productivity tools for front-end, including Backlight with the ambition to become the leading Design System solution for front-end teams and help them build elegant apps and websites. <div>Riots> raised $3M in April 2021 from XAnge. Other investors include European business angels including Laurent Useldinger (former CEO and co-founder of Ullink), Thibaud Elzière (Fotolia, eFounders), Eduardo Ronzano (KelDoc), Nicolas Steegmann (Stupeflix), Frédéric Montagnon, and Julien Romanetto (Teads), along with BPI France who also participated in the round with non-dilutive financing.

About XAnge
European leading VC, XAnge is based in Paris and Munich, investing in highly innovative startups, with a focus on digital, enterprise data, fintech, and deep tech. Since 2003, XAnge has had the chance to work alongside exceptional entrepreneurs with strong values, like Neolane, Ledger, Lydia, Odoo, Believe Digital, Evaneos, Welcome to the Jungle, Kapten among many others. XAnge is part of Siparex group, a private and independent investment firm with more than $2,4B under management.