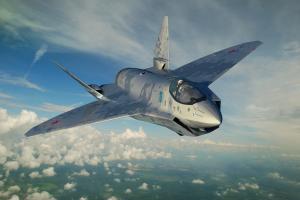 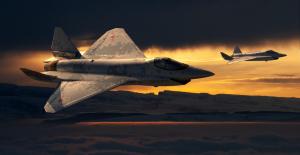 MOSCOW, RUSSIA, July 20, 2021 /EINPresswire.com/ — On July 20, Russian President Vladimir Putin visited the MAKS-2021 International Aviation and Space Salon in Zhukovsky. After the opening ceremony, the head of state visited the Sukhoi exhibition pavilion, where the head of the Rostec Sergei Chemezov and the General Director of the United Aircraft Corporation Yury Slyusar introduced Putin with the new Checkmate light tactical fighter.

The new plane is a fifth-generation light single-engine fighter jet, which is first of its kind created in Russia. It combines both completely new innovations and previously used and proven technical solutions. The fighter has low radar visibility and high flight performance, and its cockpit is enhanced with built-in artificial intelligence.

During the presentation, Yury Slysar told the Russian President about the high aircraft’s technical characteristics, and also emphasized that the new fighter is a multifunctional platform of a new generation, which is distinguished by the ability to adapt to the needs of a particular customer, low operating costs and wide combat capabilities.

The International Aviation and Space Salon MAKS-2021 is held between July 20 – 25 in the Zhukovsky airport near Moscow. The event is organized by the Russian Ministry of Industry and Trade and Rostec State Corporation. MAKS-2019 was organized by Aviasalon JSC. The cost of contracts and agreements signed during the days of the show exceeded 250 billion rubles, the business potential of the event is estimated at 400 billion rubles.

Public Joint Stock Company United Aircraft Corporation (PJSC UAC, part of Rostec State Corporation) was established in 2006 to consolidate the assets of major Russian aviation enterprises. Companies within the structure of the Corporation produce such world-famous brands as Su, MiG, IL, Tu, Yak, Beriev, as well as the new Superjet 100 and MS-21 brands. UAC enterprises perform a full cycle of work from design to after-sales service and disposal of aircraft equipment. General Director of UAC is the Vice-President of the Public Joint Stock Company “SoyuzMash of Russia”, Yury Slyusar.

Rosteс State Corporation is one of the largest industrial companies in Russia. It unites more than 800 scientific and industrial organizations in 60 regions of the country. Its key areas of activity are aircraft engineering, radioelectronics, medical technologies, innovative materials, etc. The corporation’s portfolio includes such well-known brands as AvtoVAZ, KAMAZ, UAC, Russian Helicopters, UEC, Uralvagonzavod, Shvabe, Kalashnikov, etc. Rostec is active in the implementation of all 12 national projects. The company is a key provider of Smart City technology, it is engaged in the digitalization of public administration, industry and social sectors, and it is developing plans for the development of 5G wireless technologies, an Industrial Internet of Things, big data and blockchain systems. Rostec partners with leading world manufacturers such as Boeing, Airbus, Daimler, Pirelli and Renault. The corporation’s products are delivered to more than 100 countries worldwide. Almost a third of the company’s revenue comes from the export of high-tech products.