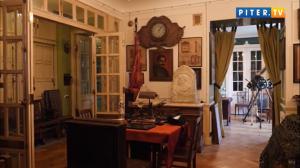 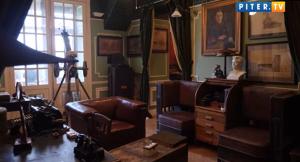 The Russian antique dealer and collector Sergei Bobovnikov has turned his St. Petersburg apartment into a museum dedicated to Soviet propaganda.

This collection is a set of self-ironic items that, if put together, give a curious effect.”
— Sergei Bobovnikov

NEW YORK, NEW YORK, US, June 3, 2021 /EINPresswire.com/ — The Russian antique dealer and collector Sergei Bobovnikov has turned his St. Petersburg apartment into a private museum dedicated to Soviet propaganda. Bobovnikov has managed to place the entire era in a couple of rooms to show how people lived in the Soviet Union, what they believed in, and what they valued. The collector himself is not a fan of the communist system, but he loves artifacts related to this period in Russia’s history and the curious effect that they create when put together.

Sergei Bobovnikov’s private museum of Soviet propaganda is located in his apartment on the Petrograd side in central St. Petersburg, Russia. The museum is filled with many different artifacts from the first decades of the Soviet era, including antique furniture, busts of Soviet leaders, and authentic household items. Such a unique collection housed in a former communal apartment creates a very special, mystical, and even paradoxical atmosphere that is clearly felt by all lucky visitors of this outstanding place.

The Soviet propaganda museum is fully designed in a distinctive Soviet style, almost as if frozen in time. It took Sergei Bobovnikov a year to create the interior and fill it with so many rarities that now form the museum’s collection. The cost of some exhibits exceeds one million rubles (approx. $13,500). It is interesting that all of the items displayed at Bobovnikov’s museum are available for sale. The collector is constantly updating the apartment’s interior, preserving the artifacts until they find their new homes, and buying new ones for his collection.

In the contemporary world of street art and abstract paintings, it may appear to be quite difficult to understand and interpret the purpose of most of the items featured at Bobovnikov’s apartment-museum. Some things may even cause confusion or laughter. However, they all are an important part of Russia’s history and the stories of so many people who lived at the time. From authentic Soviet banners and portraits to kids’ toys to models of tanks for Soviet films, every item in the museum’s collection carries a propaganda message, forming a truly outstanding exhibition that remains etched in memory for years to come.

Sergei Bobovnikov says, “This collection is a set of self-ironic items that, if put together, give a curious effect. But they were not created as curious things; they were created as things for worship, if not as shrines.”

Today, however, all of these artifacts have lost their propaganda voice. Instead, they have become valuable art pieces and storytellers able to tell much about the Soviet period that is rightfully considered the era of global changes.