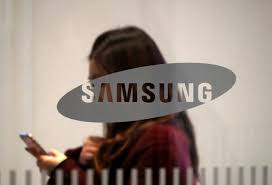 Samsung, the world’s biggest chipmaker, said operating profit in the April-June period rose from an 11.2 trillion won on a year-earlier basis to a record.

According to Korea Investment and Securities, Samsung’s chip division alone earned more than 21 trillion won in the April-June period and is likely to be the driver of its earnings for the whole year.

Samsung’s mobile and chip divisions — the bedrock of its profits — posted a 31 percent increase in operating profit between January and March, more than double the performance seen in the previous three months.

The steep rise was attributed to the new Apple iPhone XR, at an estimated profit of 9 trillion won, with analysts citing demand from China as well as data centers.

The South Korean firm reported net profit of 14.5 trillion won on sales of 74.2 trillion won in the same period, also up from the previous three months.

The rising profitability of memory chips, even after Samsung branched out into computer servers and networking equipment, was largely down to the strict control over production tools that it exerts over suppliers, analysts said.

Investors were also relieved that the firm had managed to deliver a positive outlook for the next quarter, helping to ease fears over slower global growth.

Chip prices have risen sharply in recent months, with mobile chip prices up 25 percent from a year ago.

However, Apple suppliers have been hit with weaker iPhone sales in recent weeks.

In February, the US tech giant reported iPhone revenue had dropped 8 percent and Wall Street lost confidence as the Korea Herald reported that Apple had told suppliers to scale back production.