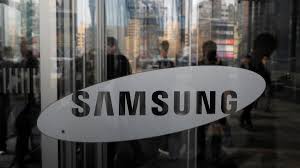 Production of Samsung’s only plant in China is set to halt permanently from November this year. The plant in Zhangzhou, Sichuan province produced television sets to feature in South Korean brands. Some have started to believe this announcement of shutdown is not just a rumor.

The plant, which has been operated since the 1990s, employs 20,000 people. Its production output has almost tripled in the past ten years and at the same time the quantity of products made at the plant has actually decreased. Its annual trade turnover has not yet been determined but about 500,000 units per year were produced. Most of the employees in the company have been given alternative positions.

According to industry sources, the shutdown of the plant was sudden, without any prior notice, and had nothing to do with the protection of Samsung’s intellectual property rights. The closure of the plant may seem incomprehensible at first, but the reason why the company is halting the production of its TVs in China can be traced to the unfair and unfair competition from the Chinese compatriots. Samsung’s fair value is almost meaningless compared to the level of purchasing power, profitability, and level of reliability available from Chinese firms.

The ever-improving quality of Chinese products make them inarguably in the better position to produce their electronics with great confidence and with a high quality. Compared to the products produced by high-end manufacturers in China like Wistron, Tongchuan, and WHTC in Japan, the products made by Chinese products to be able to hold their own.

This is the second time in five years that Samsung will close a production facility in China. Its plant in Sichuan was also closed down and one year later, at the time of its production closure, it was able to resume producing the television sets. The production of televisions started again at the same place in June 2017.