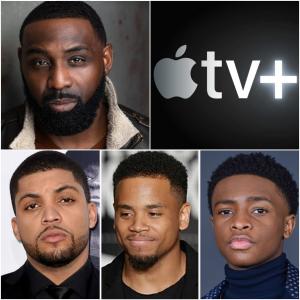 Apple’s “Swagger” is set to make its global debut on Friday, October 29.

Baker will play Assistant Coach Naim Rahim, the father/coach of Musa (Caleel Harris). Naim Rahim is described as a strong father figure, who assists Ike (O’Shea Jackson Jr) with coaching a youth basketball team. He is deeply rooted in his faith, and seeks to balance his relationship with his son while providing extra support for coach Ike and the team.

Inspired by Durant’s life experiences, “Swagger” takes a look inside the complex world of youth basketball, and provides real life insight into the pressures that young players, their families, and coaches face. The show highlights the work it takes to succeed, and how the decisions one makes can affect a young person’s dreams.

Baker has guest starred in television series such as FBI, Queen Of The South, All American, and Tales. His other credits include Shaft, All Eyez On Me, and A Question of Faith.

He is repped by Momentum Talent Agency and Crackerjack Management.