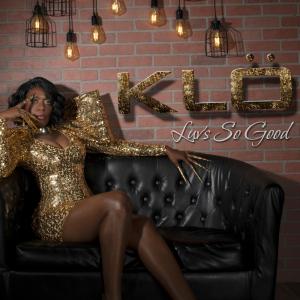 Luv’s So Good”, is all about determination, perseverance, and of course love.”
— KLÖ

DETROIT LAKES, MN, USA, July 8, 2021 /EINPresswire.com/ — Clonide Telfort, aka “KLÖ”, was born on the beautiful exotic island of Haiti and grew into a very talented sultry songstress; undoubtedly influenced by traditional and popular Haitian music. Earlier this year, Sunai Paradise Music and Simplicity 26 Records announced their joint effort to rebrand KLÖ to debut her to the world stage. With that, co-owners of Simplicity 26 Records; Fitzreynold “Nodly” Cadet and Matthew Clark, along with Branley Midouin of Sunai Paradise Music, and Larry Decarmine got to work.

“Luv’s So Good” is the first single in a series of 3 that is being released this year starting July 10th. “Luv’s So Good” was written by Midouin, Telfort, and Decarmine at the start of the Co-vid Pandemic in 2019. Midouin and Noldy produced, recorded, and arranged “Luv’s So Good” at Simplicity 26’s sister company’s studio Noldy Music Studio in Union, New Jersey and at BM HomeLab Recordings in New York City. Shortly after, KLÖ’s vocals were recorded at The Dream Machine Recordings & Co. in West Palm Beach, Florida. In 2020, mix engineer Paul Kronk, Midouin, and Decarmine began the mix down of “Luv’s So Good” at Power Station Studios in Pompano Beach, Florida; quickly followed by mastering at Trutone Mastering Labs in Nanuet, New York. Once “Luv’s So Good” completed the audio production phase, it was time to get music videos made with the help from director Protheus of Prostreamz, in West Palm Beach, Florida and set up a photo shoot with freelance photographer Dennis Medigan in New York. The music video for “Luv’s So Good” is being released on July 10th as well on Facebook, You-Tube, and various other platforms.

Recently, Spektak.tv in association with Trace TV filmed a mini concert of KLÖ performing “Luv’s So Good” on location in Guadeloupe, French West Indies. The concert is set to be streamed and distributed in late July. While in Guadeloupe, KLÖ, along with Noldy; was interviewed by Patrick Soulez on his show at Radio Caribbean International (RCI). After the radio interview and the response from it RCI approached KLÖ’s management team about placing “Luv’s So Good”, along with her 2 upcoming singles, in regular rotation. “Luv’s So Good” has also been featured on DJ Kool Emdee’s radio show Afrotronik on FM 90.1 KPFT in Houston, Texas.

“Luv’s So Good”, is all about determination, perseverance, and of course love.” – KLÖ.

Currently in the works for the “Luv’s So Good” release on July 10th, is a remix compilation set to be released August 10th of 2021. This remix compilation is designed to help garner additional new fan bases from the electronic dance community for the rebranding of KLÖ. Kenny Summit, Mike Dominico, David Wiegand, Eddie Hudson, and Unspoken Notion are the remixers on this compilation tasked with that job.