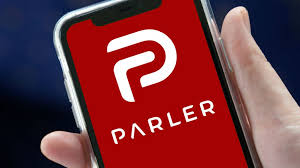 Parler had informed AWS that it was enforcing its guidelines with a team of volunteers. In its letter, Amazon said, “It’s our view that this nascent plan to use volunteers to promptly identify and remove dangerous content will not work in light of the rapidly growing number of violent posts. This is further demonstrated by the fact that you still have not taken down much of the content that we’ve sent you.”

Parler historically has taken an aggressively hands-off approach to content moderation. It generally acts using a “community jury” system, allowed trained volunteers to vote on posts to determine if they violate the site’s rules. Otherwise, Parler’s guidelines promise it will keep any removals to an “absolute minimum,” in the spirit of letting users govern themselves

The decision, which goes into force on Sunday at 11:59 p.m. Pacific time, will shut down Parler’s website and app until it can find a new hosting provider. BuzzFeed News was first to report the move. Parler is an alternative social network popular with conservatives and has been heavily used by supporters of U.S. President Donald Trump, including some who participated in Wednesday’s U.S. Capitol unrest.