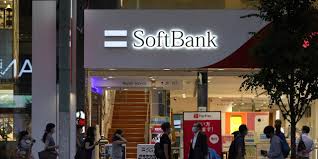 SoftBank recently revealed it lost 12 billion yen ($112 million) in the month of May, according to an internal memo.

SoftBank is also the majority owner of Alibaba, the Chinese e-commerce company, and is set to invest $100 billion in “data centers, renewable energy, robotics, artificial intelligence, self-driving cars, and more.”

It’s going to make a US$30 billion equity investment in Uber. Just how much is that? Billion.

Last year, SoftBank’s Vision Fund – the massive fund whose size has since been upgraded to $93 billion – also took a 40 percent stake in Didi, China’s leading ride-hailing service, in what is being called the largest-ever equity investment in a private company in history.

Alibaba is now the single-largest investor in Didi, controlling $16 billion of that company’s value.

The Vision Fund is managed by SoftBank itself, and has attracted more than $93 billion in investment since its inception in 2016.

The company and the SoftBank Vision Fund has long been considered an unlikely beacon of promise for US tech companies that have lost interest in the Trump administration’s protectionist policies.

According to The Guardian, the heads of America’s top tech companies are already rethinking their relationship with SoftBank after the Japanese tech giant announced yet another loss on its portfolio.

“This most recent loss has occurred despite the recent large investment in a large US startup, SoftBank Vision Fund,” Masayoshi Son, SoftBank CEO, said in a statement.

“Despite taking several other steps aimed at reducing valuations, including cancelling the USD 25 billion offer to acquire British satellite company OneWeb and terminating a USD 10 billion investment in Tesla, the potential realized by the US startup is extremely disappointing,” Son said.

“SoftBank has put a lot of effort into the startup we invested in, which is set to invest in the US market, but it has failed to deliver and the value of the investment has slipped.”