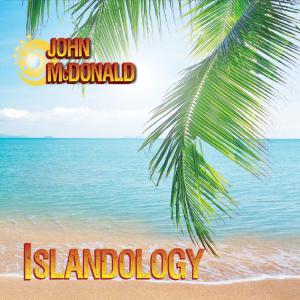 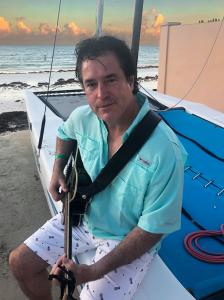 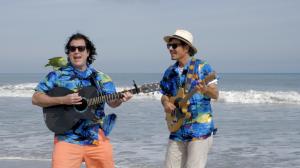 Based on Florida’s East Coast, Singer Songwriter John McDonald debuts his Floribbean sound where it was inspired, the beach

The word Floribbean captures all these geographic influences succinctly. As far as I know, a group of chefs from South Florida called the Mango Gang may have coined the term”
— John McDonald

MELBOURNE, FL, UNITED STATES, April 29, 2021 /EINPresswire.com/ — On Sunday, May 2, 2021, singer songwriter John McDonald will debut the Floribbean sound of his new record at a CD Release Concert At the Beach in Melbourne Florida, just yards away from the shoreline of Florida’s Space Coast.

Backed by an eight-piece band that will include tropical instrumentation like steel drums, congas, bongos, timbales, McDonald will not only perform his new songs but will also ‘tropify’ iconic songs by Led Zeppelin, Ozzie Osbourne, Peter Gabriel and James Taylor.

The result is a sound that he describes using the portmanteau Floribbean, the blend of Florida and Caribbean. “To me, the word Floribbean captures all these geographic influences succinctly. As far as I know, a group of chefs from South Florida called the Mango Gang may have coined the term to distinguish their style of cooking, creatively mixing and matching cuisines from all over the Caribbean, Central and South America.”

Jacksonville singer songwriter Joe Downing will open the show, performing self-penned, tunes from his most recent Trop Rock project, “Songs From the Gulf.”

The backdrop for this down-island inspired concert will be the Atlantic Ocean, under the Tented Pavilion of the Crowne Plaza Melbourne Oceanfront from 1 to 5 pm on Sunday, May 2, 2021.

John McDonald is directly available for questions or interviews at 412-804-8747.

Just Chime In by John McDonald