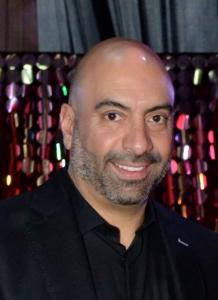 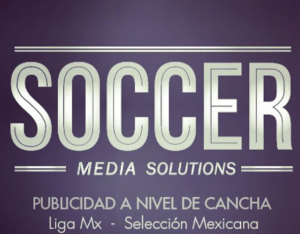 MEXICO CITY, MEXICO, December 29, 2020 /EINPresswire.com/ — The Covid-19 pandemic has disrupted sports around the world, but everyone involved in sports has made adjustments. Sports teams and leagues have adapted to the situation, and so too have sports marketers. In light of the changes that have been made and the promise of vaccines, sports marketing expert Jose Eshkenazi Smeke, has an estimate as to when sports will return to normal.

Around the world, sports teams and leagues have made adjustments to allow competitions to resume as safely as possible. Germany was one of the first in the world to resume its highest soccer league, and multiple other countries followed suit. In the United States, the National Basketball Association was an early example of a successful bubble in which personnel involved in the league’s games isolated themselves from the rest of the world. Other countries that have resumed professional sports since the initial outbreak include Spain, England, Mexico and many others.

The strategies that leagues have employed to operate in a responsible and reasonably safe manner are multifold. As mentioned, bubbles like the NBA’s are common because personnel faces limited risk inside a tightly controlled group. Other tactics have included daily testing of players, coaches, referees and production personnel, conducting media appearances virtually when possible and extensive testing of everyone involved. Leagues and teams are testing at least multiple times a week, and many are conducting daily COVID-19 tests.

Teams also are playing in stadiums with reduced fan capacity or only essential personnel, depending on where they’re located. Essential personnel typically includes players, coaches, medical staff and referees, and some production personnel are frequently also allowed at a game so that it can be broadcast. When fans are in stadiums, they’re normally spaced out at least a little. Who’s able to attend an event usually is determined by the governing authority in which the competition is taking place, rather than the sports league that’s putting it on.

Sports marketers have likewise had to change their strategies, and not just to keep employees safe. They’ve also made substantial adjustments in light of the changes in marketing spend and consumer behavior that the pandemic has brought about.

The transition to increased digital advertising has primarily focused on what are currently the most effective digital marketing tactics. Jose Eshkenazi Smeke reports that these are primarily social media marketing, interactive advertisements, chatbots, AI-based advertisements and streaming advertisements. Of course, all companies are seeking ways to make memorable and captivating campaigns that go viral.
While sports leagues have demonstrated that they can compete in the current climate with adjustments, bubbles and empty stadiums are far from normal in the sports world.

Dr. Anthony Fauci has projected that vaccinating the general population to a point that gathering in stadiums is safe will likely take until late summer. Dr. Fauci is based in the United States, however, and not all countries will follow the same track as the U.S. (and likely not all states within the U.S. will operate in unison).

Being able to truly resume sports as normal in late August is likely a realistic timeline for many developed countries. Some countries may try to fill stadiums for matches and games sooner, but doing so isn’t without risk. Whether countries, leagues and fans want to take the risk of a quicker resumption toward normal will be a varied decision.

Jose Eshkenazi is Soccer Media Solutions CEO, which he has been with since 2014. A respected sports marketing expert based in Mexico City, Mexico, Eshkenazi has spoken extensively on sports marketing topics throughout the COVID-19 pandemic.