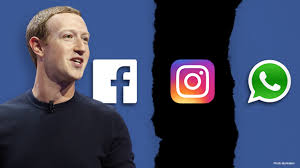 “For nearly a decade, Facebook has used its dominance and monopoly power to crush smaller rivals and snuff out competition,” James said in a press conference today. “Facebook used vast amounts of money to acquire potential rivals before they could threaten the company’s dominance.”

This Feb. 5, 2007, file photo shows Facebook founder Mark Zuckerberg’s boyish appearance. It is a reminder of just how young he was when he created what would become the worlds biggest social network back in his dorm room at Harvard. I didn’t know anything about building a company or global internet service, he wrote in January. Over the years I’ve made almost every mistake you can imagine.

On Wednesday, New York Attorney General Letitia James announced a massive antitrust lawsuit against Facebook, claiming the social media giant has harmed competition by buying up smaller companies like Instagram and WhatsApp to squash the threat they posed to its business. Forty-seven other state and regional attorneys general are joining the suit.