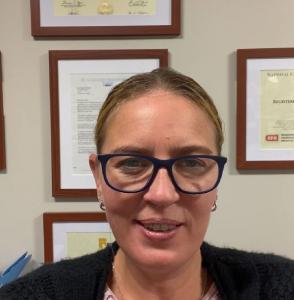 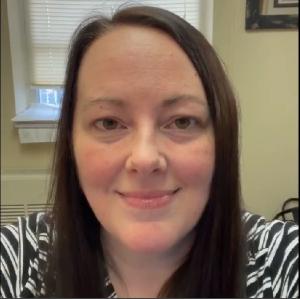 The high demand for stenographers is making certification a big priority for a growing industry.

Hey, Chris Day. How about you show these new reporters how it’s done and start preparing to get realtime certified?”
— Amelia Moller

STATEN ISLAND, NEW YORK, UNITED STATES, October 1, 2021 /EINPresswire.com/ — READY? BEGIN. Those are the words that signal the start of the testing process for many stenographic reporters and students in the United States. Court reporters across the country are preparing to take their certification exams with the National Court Reporters Association, and registrations are being accepted from October 1 to October 20.

In a video recently released by Stenonymous, it was revealed that New York State Court Reporter, Amelia Moller, a former CART provider and a Board Member of the New York State Court Reporters Association, had challenged the owner of the Stenonymous blog to complete his Certified Realtime Reporter exam. “Hey, Chris Day. How about you show these new reporters how it’s done and start preparing to get realtime certified?” Ms. Moller could be seen saying in the video.

Christopher Day, Registered Professional Reporter, not only accepted the challenge, but used Ms. Moller’s challenge as an opportunity to challenge the entire industry to raise money for test takers.

Expounding on what he said in the video, Christopher Day had high praise for the Paying It Forward team. “Allison Hall and Traci Mertens have been instrumental in breaking down the financial barriers that hold our students and new reporters back. I put together a challenge for them. Take the next seven days of donations and put it all down on sponsoring court reporters for the Registered Skilled Reporter and Registered Professional Reporter exams. Students, reporters, this is a challenge for you too. Now is the time to reach out to them, get sponsored, and get certified!”

In response to this unprecedented call for certification and funding, several organizations contributed to sponsor test takers. A grand total of $570, enough for six certification tests, was raised prior to the challenge’s October 1 launch date, with much more expected in the coming days, according to Day. “This is the industry that raised $5,000 in just a few days for consumer awareness. Anything is possible. Our field continues to grow thanks to the recruitment efforts such as NCRA A to Z, Project Steno, Open Steno, and so many other organizations and professionals. I would especially like to thank the Paying It Forward team, the Association for Supreme Court Reporters, the New York State Court Reporters Association, and Plaza College.”

In response to a request for comment about the importance of certifications in stenographic court reporting and captioning, Karen Santucci, Court Reporting Department Chair of Plaza College, had this to say: “Plaza College is proud to raise awareness for the importance of certification in court reporting. Supporting student and graduate success is our main focus and it is our goal to encourage new reporters to pursue the possibilities available through certification!”

Joshua Edwards, President of the New York State Court Reporters Association, also weighed in: “The New York State Court Reporters Association is thrilled to support all stenographic practitioners who seek to showcase their skills and elevate their skills through certification. We believe strongly in helping each other, whether that is through holding educational webinars, test prep sessions, student mentoring, Horizon Scholarship Fund scholarships, or financial donations when appropriate. This is all about building a stronger stenographic community. We each have a part to play in helping to keep our community ‘steno strong’!”

Methods to donate to Allison Hall and sponsor a certification were posted to Stenonymous as of Friday morning. Testing is scheduled to begin November 1 and continue until November 20, 2021.