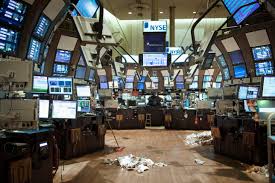 Better than expected GDP data but cautious on global risks

Stocks have opened higher on Wall Street, as investors anticipate the re-opening of economies around the world.

The UK parliament voted in favour of Theresa May’s Brexit withdrawal deal on Wednesday, a move investors welcomed as May will now try to secure changes to appease her MPs.

Neil Wilson, a senior market analyst at Markets.com said the Brexit vote “has been overshadowed by other events and traders seemed to have decided that it’s not worth betting on any sort of meaningful move.”

However, he said it was still “right to mark the Brexit news out as a technical story for now,” noting that the response in government bond markets indicates that “investors remain reluctant to chase stocks in what is looking more and more like an altogether far from straightforward event.”

A separate vote to expand Theresa May’s mandate in the House of Commons also passed, though it is not clear yet whether she will seek further changes to her proposed Brexit deal.

However, he noted that the “brevity of the bias shift suggests that there is still some ambiguity about the trajectory of the policy rate”.

Stocks have been hit hard by the prospect of a no-deal Brexit, but Lynam said those fears remain very real. “In either scenario, the economy is headed into a period of relative uncertainty and that is something we have to get used to.”

He said that the key gauges of confidence are still “significantly lower than prior to the recession, as are labour market indicators. This raises concerns about potential economic and employment performance.”

Also buoying the market was a better than expected gross domestic product (GDP) report from the US, which beat economists’ forecasts.

The second quarter GDP in the first three months of the year is expected to show a 3.0% increase on the same quarter in 2017, the strongest rate in four years, but expectations are that this increase will be bumped up to around 4.0% in the second quarter.

This is ahead of the Bank of England’s June meeting which will be key to consider the impact of the recession in the first three months of the year. The central bank is expected to keep rates on hold.

Hargreaves Lansdown’s Tom Stevenson said that while today’s data for the US economy is encouraging, “the key question remains what the effects will be going forward. As with the first reading of the GDP figures it looks to be a reasonably upbeat beginning to the year, but these are preliminary numbers.”

He said the economy is “likely to become more sluggish as the year continues, a view reinforced by the gloomy picture painted by the services PMI data earlier this week,” pointing to businesses starting to report weakening activity.

However, he warned that “if the disappointing readings are just temporary blips, as we hope they are, we can give the latest figures the benefit of the doubt. If, however, the US recovery is breaking down then a more sustained slowdown in growth is becoming a real possibility.

Stocks in the Asia Pacific region have also risen on the back of better than expected GDP data. Japan’s Nikkei gained 0.8%, Australia’s benchmark index rose 0.8% and South Korea’s Kospi was up 1.5%.