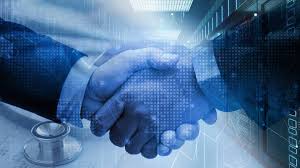 The amount of money companies spent on acquisitions increased 22% in the first quarter, marking the largest quarter-to-quarter gain since 2017, according to newly released data from Thomson Reuters Private Equity Mergers & Acquisitions (P&A) Reports, a global data provider on the M&A market. Additionally, four of the top 10 dealmakers this quarter were from the technology sector, with US companies dominated by investment-heavy telecommunications and technology firms.

“We are very encouraged by the sustained demand that private equity and corporate clients have shown for acquisition targets,” said Jim Boyce, head of capital markets (Europe, Middle East and Africa) for Thomson Reuters. “This trend will only continue in the months ahead given limited deal flow, especially in the technology sector.”

The technology sector is on track to surpass its earnings growth threshold of $500 billion this year, with a record $570 billion in revenue, up nearly 15% from 2018. In addition, there have been 15 technology acquisitions in the first quarter of 2019, up from 15 this time last year.

“The quarter continued to be characterized by large companies initiating M&A. In some cases, these deals were driven by a larger slowdown in organic capital deployment,” said Nicolas Rudden, senior capital markets analyst at Thomson Reuters P&A. “These investments have been used to fuel robust M&A activity in the software and telecom sectors. In particular, while consolidation in the semiconductor industry started to accelerate in the first quarter of this year, we’ve seen several blockbuster megadeals that have come to light, including the $15 billion acquisition of Cinven’s Appian by Oracle and the $21 billion purchase of Sunrise by Dell Technologies.”

In all, there have been nearly 1,100 deals closed this year with a total of $1.14 trillion in value.