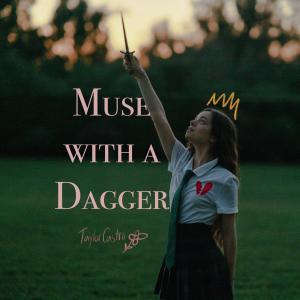 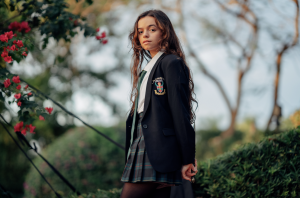 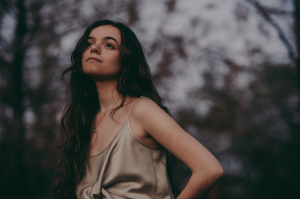 Taylor Castro (singer and songwriter) is also ranked the #1 A/C Independent Artists this week in the radio trade magazine, Mediabase.

MIAMI, FL, UNITED STATES, April 6, 2021 /EINPresswire.com/ — Taylor Castro’s latest single, “Muse With a Dagger”, debuted in the Top 25 on Billboard’s Adult Contemporary (A/C) chart at #24 this week, a substantial accomplishment for an independent artist. The record is also currently #25 on the Mediabase chart and is currently ranked #1 Independent Artist on the Mediabase A/C chart.

The single, written by Taylor Castro and produced by Peter Wallace, blends a pop contemporary production that highlights Ms. Taylor’s brand of powerful and soulful vocals. With Taylor’s youthful appearance, it’s easy to be surprised when she starts singing as her mature voice is unique and hypnotizing. When the lyrics are dissected, it shows off Taylor’s love for classical literature that you commonly hear hints about throughout many of her songs.

“‘Muse with a Dagger’ can be seen from many different angles…For me, it’s a song about the divisions society forces us to have with those who aren’t like us, told allegorically through a relationship between two individuals. The pair forms an unexpected bond but are torn apart due to the polarized communities they come from. This is not Romeo and Juliet, though, because the characters have genuine loyalty to their people and are frustrated by the unwanted connection. When a natural conflict occurs between the two, they rage against the other’s community. It’s all in vain, however, because both of them will always be an entity separate from what they stand with. In a rage, one can destroy the world of the other but never quite bring themselves to destroy the other. This is because we are not defined by what we associate with. We are defined solely by the corners of our inner selves that no one can quite fit into or even grasp.” – Taylor Castro

Taylor Castro is from South Florida and the sweetheart of PMA Records, a family-owned label turning out Pop music. Taylor has released several singles over the last year; the dance version of her track, “Abyss” charted #3 on the UK Commercial Pop Club Chart in Music Week as well as placed in the Top 30 on the Pop charts for both the Mediabase Activator and the BDS/Billboard Indicator Charts (USA). She also performed a Live Nation Virtual World Tour in 30+ countries including Australia, New Zealand, South America, United Kingdom, and Asia. Earlier this year, Taylor earned a Hollywood Media & Music Award for “Best Female Vocalist” for her song, “Girl, Afraid.”

“Muse with a Dagger” can be found on all streaming platforms including Spotify, Pandora, and Apple Music. For more information, please visit her website at www.TaylorCastro.com.

Taylor Castro – “Muse With A Dagger”