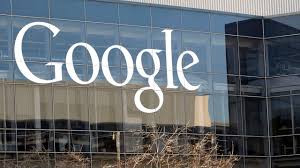 Antitrust scrutiny has been one of the prominent issues hanging over Google. But as the investigations have ramped up, the Silicon Valley company has played down the concerns about regulatory actions, noting that it has been investigated before and emphasizing how consumers are satisfied users of its products.

We apologize, but this video has failed to load.Try refreshing your browser, ortap here to see other videos from our team.Texas filing multi-state lawsuit against Google for anticompetitive conduct Back to video

The Justice Department is still investigating the internet company and has been making progress on its case, said the people, who spoke on the condition of anonymity because the details were confident.

Last year, the states sent a detailed request for information, known as a civil investigative demand, asking Google to answer questions about its advertising technology business. The company and the State of Texas reached a deal earlier this year that would allow the states to gain access to key documents. In March, they discussed options to allow the states to share information with the Justice Department.