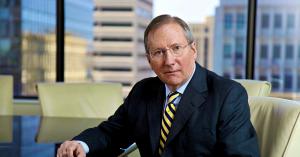 Robert J. Krapf, Chairman of the AUR Board of Trustees

The American University of Rome

The American University of Rome (AUR) announces the appointment of new board members to further enhance the professional leadership of the university.

the experience, skills, and acumen that these new Board members bring will make a strong contribution to the continued successes of this institution and the experiences of our students”
— Robert Krapf, Chairman of the Board of Trustees

ITALY, July 13, 2021 /EINPresswire.com/ — The new members of AUR’s Board of Trustees bring a wealth of national and international experience in education, finance, business, politics, culture, and enterprise. They are committed to strengthening the academic quality, community diversity, and cultural integration that makes AUR a unique place to study.

“I am delighted to welcome such a strong group of new board members, and I look forward to serving with them for the advancement of this great institution,” said Chairman of the Board, Robert Krapf, “the experience, skills, and acumen that these new Board members bring will make a strong contribution to the continued successes of this institution and the experiences of our students and the alumni who call it their alma mater.”

The new board members began their three-year terms with AUR effective July 1st, 2021.

The new board members are:

Mr. Terry Grant:
Retired President, KeyBank Utah
With over 35 years of experience in international finance, Mr. Grant serves on the Board of Trustees of Westminster College and on the non-profit Boards of Living Planet Aquarium and Intermountain Healthcare Foundation.

Mr. Mark Holland:
CEO and Chairman, Ascend Staffing, Utah, USA.
Mr. Holland is past Vice-Chair of the Utah State University Board of Trustees (2011-2018) and has served as a Board Member for the Children’s Center, Single Mom’s Foundation, Ballet West and is a past president of the Utah Staffing Association.

Ms. Anne Luzzatto:
Retired.
Ms. Luzzatto served as a member of President Obama’s President’s Committee on the Arts and Humanities. She was among the founders of the Women’s Commission for Refugee Women and Children under the auspices of the International Rescue Committee and, more recently, chaired the board of the Two River Theater in Red Bank, NJ.

Mr. Joe Torsella:
American politician and former diplomat.
Mr. Torsella has served as Treasurer of the Commonwealth of Pennsylvania, US Ambassador to the United Nations for Management and Reform, Deputy Mayor of Philadelphia, and founding President and CEO of the National Constitution Center. He has also served as a trustee or advisor to many civic and non-profit organizations, including the Philadelphia Convention and Visitors Bureau; the Holocaust Awareness Museum; Historic Philadelphia, Inc.; the Pennsylvania Heritage Foundation; the Springside School; and the Knight Foundation.

In addition, elected in February 2021

Mr. David Utrilla:
CEO, U.S. Translation Company.
Mr. Utrilla, a native of Peru, serves as Honorary Consul to Peru in Utah and also serves on a range of civic and non-profit boards including the Utah Symphony and Opera, the World Trade Association of Utah, the Weber State University President’s National Advisory Council, and the advisory council of the Master of International Affairs and Global Enterprise program at the University of Utah.

Also re-elected to additional three-year terms, the following board members

– Thomas Duesterberg. Executive Director of the Program on Manufacturing & Society in the 21st Century at The Aspen Institute