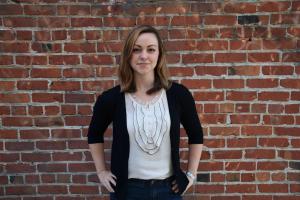 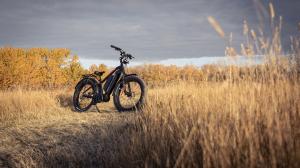 Rainfactory has a team of passionate individuals who strive to help products go from concept to success. Plus Biktrix has been a great partner in the launch and scale process.”
— Kaitlyn Witman, Co-Founder & COO of Rainfactory

SAN FRANCISCO, CALIFORNIA, UNITED STATES, May 3, 2021 /EINPresswire.com/ — Transportation is a trending category in the crowdfunding scene and e-bikes are the most dominant product. The e-bike market is currently estimated at $15.42 billion and this is expected to grow by 7.49% between 2020-2025.

Leading digital marketing agency Rainfactory had the pleasure of working with Biktrix Electric Bikes to launch their crowdfunding campaign on Indiegogo. The campaign reached its funding goal in less than 5 minutes, raising a total of $1,314,903 USD. The Biktrix Juggernaut HD Duo Indiegogo campaign ended up on the list of Top Indiegogo Campaigns for November 2020.

Another exciting innovation from Biktrix hit the e-bike market. The All-New Biktrix Moto just made its debut online a couple of days ago. Biktrix Moto is known to be a hybrid between an e-bike and a moped, and is close to selling out as well.

Rainfactory is a full-service digital agency that operates as a marketing department for growing brands. Its experienced team & data-driven, battle-tested approach ensure long-term market dominance for eCommerce start-ups. This veteran agency specializes in Crowdfunding and eCommerce and has run 5 of the Top 16 Most-Funded Crowdfunding Campaigns in Indiegogo history.

Most notable campaigns include:

Kaitlyn Witman, Co-Founder & COO of Rainfactory, says that Rainfactory is excited to continue launching great products with Biktrix. “We have a team of passionate individuals who strive to help products go from concept to success. I’m thrilled that Biktrix was able to build on the success of its crowdfunding campaign and continues to hire, grow, and thrive. Biktrix has been a great partner in the launch and scale process,” she explains.

Rainfactory has various live Indiegogo campaigns that are already fully funded such as Olive Pro that was backed in 15 minutes, Breakaway – crowdfunded in 60 minutes, and CLMBR which was bankrolled and transitioned to eCommerce. Rainfactory is expanding its list of eCommerce clients and is currently working on diversifying its service offerings.

About Rainfactory
An award-winning full-service crowdfunding marketing agency founded in 2014. Rainfactory provides a go-to-market strategy and advertising for growth-stage eCommerce startups and Kickstarter & Indiegogo campaigns. The company blends data and expertise to bridge the gap between great products and the people who want them. Rainfactory uses a battle-tested process of research, product positioning, online advertising, and marketing across social media channels. It excels at managing and optimizing online advertising campaigns, lead generation activities, and running customer acquisitions after launch to drive support.