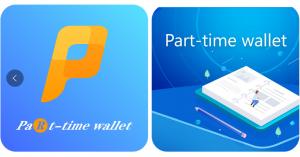 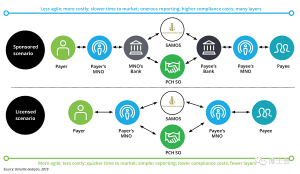 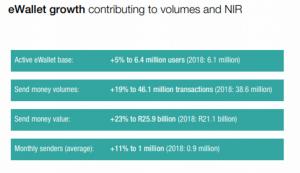 PRETORIA, GAUTENG , SOUTH AFRICA, July 1, 2021 /EINPresswire.com/ — PT-Wallet, a longserving operator of Amazon, Mercadolivre, and Aliexpress, seized the historical opportunity presented by the Internet revolution in 2020 with the launch of the first Internet AI intelligent matching system, achieving significant success in the US, UK, Mexico, and Brazil. These days, PT-wallet trumpeted its comprehensive expansion into the mobile payment space, entering the South African market. In this regard, PT-Wallet’s CEO John claimed in an interview: South Africa is the most developed country in the entire Africa, we highly value the South African market. However, the existing mobile payment has created a giant obstacle for PT-Wallet, mainly owing to the sluggish payment in South Africa which leads to the current mobile payment could only be performed under the banking system with less real-time performance. Accordingly, it takes 2-3 working days to complete the bulk collection as well as payment for general enterprises, failing to achieve instant transfer, which turns out to be the major barrier in the process of promoting mobile internet programs.

According to relevant reports, despite the lack of a coherent definition of mobile payment, it can be categorized into mobile payment with a wallet (M-PESA) or without a wallet (Google pay and Apple Pay), with the former regarded as a payment method and the latter more of a payment channel. One of the most critical differences between the two classifications is whether or not a user’s account system is available, and the payment channel requires at least one payment method to accomplish the payment.
By virtue of the South African Banks Act (Act no. 94 of 1990), the issuance of a mobile money wallet is considered to be an act of deposit taking. Hence, only banks can issue E-Wallets. In other words, either the bank’s own E-Wallet business, or the cooperation between the third party and the bank. The diagram is as follows:

Probably for this reason, E-Wallets in South Africa do not catch on. Despite E-Wallet from FNB Bank being deemed an impressive business, there are only 6.4 million users as of the end of June 2019 since its launch in 2009, with only 1 million monthly active users. In most African countries, telecommunications operators have achieved some success in terms of mobile money. However, Vodacom and MTN in South Africa both took this business offline in 2016. Note: MTN went live again at the end of January this year, yet FNB didn’t appear to be taking it seriously.

Overall, there are two possible options for operating the mobile payment in South Africa.
1.Apply for a banking license and issue mobile wallet independently. Currently, digital banking is available for application, which is the optimal approach to operate entirely online;
2.Cooperate intensively with a bank, taking advantage of the bank’s mobile wallet. In this sense, SnapScan is a typical, and there is reason to believe that Standard Bank endorses its wallet (or directly provide it with a set of wallet, which is not instant money, and this is different from South Africa’s WeChat payment).

If South Africa can liberalize some policies on mobile payment in the next 1-2 years, South Africa’s mobile Internet will definitely gain new life and vigor.