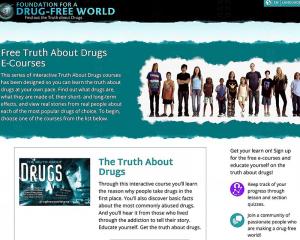 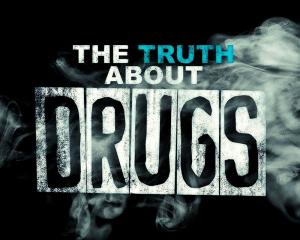 The Truth About Drugs: Real People—Real Stories documentary, available on the Scientology Network 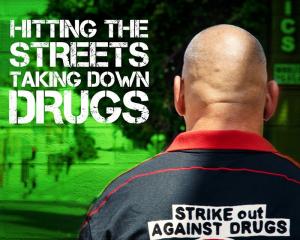 In the face of skyrocketing drug overdose deaths, the Church of Scientology shares drug prevention resources and makes them available free of charge.

LOS ANGELES, CALIFORNIA, UNITED STATES, May 4, 2021 /EINPresswire.com/ — A study released in April 2021 based on data from the Centers for Disease Control and Prevention paints a grim picture: “Overall, overdose deaths in the first seven months of 2020 went up by 35%, compared with the same period in 2019. Researchers estimated it is very likely that 2020 will represent the largest year-to-year increase in overdose deaths in recent U.S. history.”

To take effective action to stem this crisis, the Church of Scientology and Scientologists are making effective drug prevention resources available to those wishing to be part of the solution.

According to the United Nations Office on Drugs and Crime:

“Prevention strategies based on scientific evidence working with families, schools, and communities can ensure that children and youth, especially the most marginalized and poor, grow and stay healthy and safe into adulthood and old age. For every dollar spent on prevention, at least ten can be saved in future health, social and crime costs.”

The Foundation for a Drug-Free World is a nonprofit, international drug education program proudly sponsored by the Church of Scientology and Scientologists all over the world. Those who use the Truth About Drugs curriculum rave about its results.

“I loved the program and how everything was well organized,” wrote a health teacher from New York. “The students were blown away with the stories that addicts shared in the booklets. It gave them a good picture of the actual consequences of drug use. Some of them were able to open up about their parents’ drug use. I am amazed that there is such a program out there that is free and so informative. It’s all there!”

“I can’t remember a presentation that kept students’ attention so intently,” wrote a police chief from Canada. “I think it informed them as well as hit home.”

A teacher from Malta was most impressed with the impact of the program on her pupils. “‘I will never touch drugs,’ said one and another decided to put his energy into sports instead.” Her experience with the program was echoed by a middle school teacher in Wyoming who said after he presented the curriculum, parents told him “their child came home from school, told them all about the lessons and that he was never going to use drugs.”

Courses based on the Truth About Drugs curriculum are available free of charge on Foundation for a Drug-Free World’s website.

* The Foundation’s The Truth About Drugs: Real People—Real Stories documentary

* Voices for Humanity episodes featuring drug-prevention activists who are saving young lives that would otherwise be lost to drugs.

Scientology Churches around the world sponsor Drug-Free World chapters, host drug prevention open house programs, and reach out to their communities with the Foundation’s The Truth About Drugs series of fourteen illustrated drug information booklets containing facts about the most commonly abused drugs.