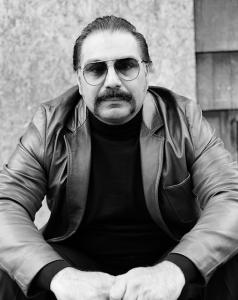 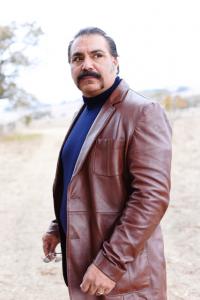 David Sandoval, The Faction of a hitman, from the New-York Bonnano’s family to the Hollywood sets. He was born and raised into “The Life”.

THE FACTION OF A HITMAN: FROM THE NEW YORK BONANNO MOB FAMILY TO THE HOLLYWOOD SET

Written by David Sandoval Jr. and Freddy Falcon, and directed by Christian E. Gutierrez, “The Faction of a Hitman” is a true insider view of the mafia world that ran Northern California.

Currently, in production, the film follows Sandoval’s personal journey featuring all the characters of one of America’s most infamous crime families from the capo to the soldiers to the connected guys … to the hitman.

David Sandoval Jr. is and will remain forever a made man in the Bonanno mob family clan. He was born and raised into “the life,” as his dad was an enforcer for the Bonannos in New York and his mom was the niece of the boss. Does it sound like a Godfather story? Maybe. But this is indeed the true story of David Sandoval Jr. who was born in Brooklyn and ordered by the big boss himself to move to California to expand the family’s interest in San Jose.

Running the San Jose branch of the Bonanno crew, Sandoval and his men did the hits and collections and were major players in the drug game. Having the power of money, fear, and murder, the San Jose Bonanno crew made the family successful on the West Coast.

“The Faction of a Hitman” is a tell-all story about the gangster’s life through the eyes of a man who gave up everything for his “family” and crossed the country only to end up ostracized.

Stay tuned for the release date!

Follow @thefactionofahitmaninfo on Instagram for the latest updates on the movie and writer David Sandoval Jr.
IMDB: Night at the Shop Animal and Angelo having a drink talking about Myers