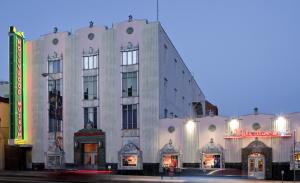 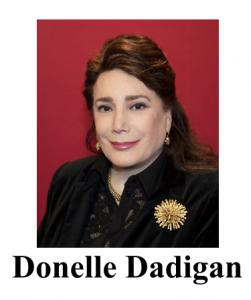 founder of the hollywood museum

HOLLYWOOD, CA, USA, July 15, 2021 /EINPresswire.com/ — THE HOLLYWOOD MUSEUM TO RE-OPEN TO THE PUBLIC ON AUGUST 4TH

Hollywood Ca- Donelle Dadigan, Founder & President of The Hollywood Museum in the Historic Max Factor Building, www.thehollywoodmuseum.com announced today the museum will go “Back To The Future” as we re-open to the public, post pandemic, on Wednesday August 4th , 2021 at 10:00am

Dadigan said, “We are so happy to be able to once again welcome our fans, post pandemic, from the U.S. and all over the world back to The Hollywood Museum. We have been looking forward to this day! Our priority is the safety of our visitors and to ensure everyone has the best experience as they return to the museum.”

Among the exhibits that await the fans include our block buster Back To The Future: Trilogy Exhibit, The Cat Women Exhibit, Marilyn Monroe, Harry Potter , Ever After: A Pointer Sister Collection, Super Heroes of the 20th Century, Dungeon of Doom, Hannibal Lecter Jail Cell, our definitive Max Factor Collection, and our beautifully restored art deco Lobby with special exhibits.

Even if you have been to the museum, before there is always something new to see. The re-opening will include artifacts specially brought out of the vault not seen on public display for many years that will once again welcome you to the museum.

At 1:00pm on August 4th , Donelle Dadigan, will present a $5,000.00 dollar check to the Michael J. Fox Foundation on behalf of the Hollywood Museum & Bill and Patrick Shea /Ruptured Ducks Team Fox. The Sheas have generously loaned to the museum, the Hero DeLorean Time Machine from BTTF Part 3 and other original props from the films. In addition, stars from “Back To The Future” film franchise look forward to participating in person.

There will be a personal video message, from Michael J. Fox specially made just for this occasion. The BTTF Film Franchise creator Bob Gale, who was instrumental in helping to create the BTTF: Trilogy Exhibit at the museum includes many of his personal, never before seen artifacts and props from the films will also have a personal video message that will be played at this event.

All media is welcomed to come and do a story on the museum re-opening to the public and cover the check presentation to the Michael J. Fox Foundation. We will also have the Michael J. Fox message & Bob Gale videos available for you to use as well in your reporting.

Donelle Dadigan & Celebrities will be on hand and available for interviews.

ABOUT THE HOLLYWOOD MUSEUM: The Hollywood Museum in the historic Max Factor Building is a 501(c)(3) non-profit corporation showcasing more than 10,000 Authentic Show Business Treasures, spotlighting 100 years of Hollywood history – from the Silents to Talkies, to Hollywood’s Golden Era, Film Noir, Television and its Pioneer Years, through the rebellious 60s, special effects 70s, evolving 80s, involved 90s, technological 2000s, and beyond to current day heartthrobs! The Hollywood Museum’s exhibits showcase the best in film, network and cable television, and new digital platforms featuring iconic and fan favorites! The Hollywood Museum in the historic Max Factor Building is the Official Museum of Hollywood and offers visitors the most extensive collection of Hollywood memorabilia in the world – featuring the glamour of Hollywood legends and stars – past, present and in the making. The Hollywood Museum offers one-of-a-kind costumes, props, photographs, scripts, stars’ car collections, personal artifacts, posters, and memorabilia from favorite stars, films and TV shows. Located in the heart of Hollywood, at the corner of Hollywood Blvd and Highland Ave, just steps from the Hollywood Walk of Fame, the Hollywood Museum has been named the #1 top tourist attraction in Hollywood by LA Weekly, and one of the “Top 10” Museums in LA by the LA Tourism and Convention Board and Trip Advisor.