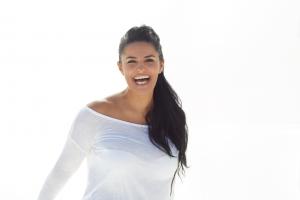 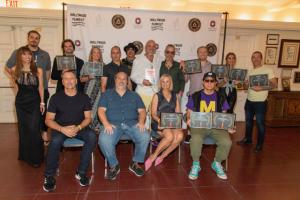 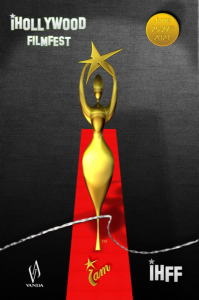 HOLLYWOOD, CA, UNITED STATES, July 10, 2021 /EINPresswire.com/ — The I AM Awards was created with Vanda Teixeira for the iHollywood Film Fest and became the first Film Festival to award films based on energetic frequency. It was also the first film festival to award NFTs(non-fungible tokens) to filmmakers for their awards. The iHollywood Film Fest closed on July 6 with the announcement of the Audience Awards.

The biggest winner was “Our Neighbor’s Shadow” as the “I AM Award” winner. It was also a 5 Star Award Connection finalist. It was selected independently through different judges for iHollywood Film Fest for Best Hollywood Feature Film, Best Hollywood Producer, Best Hollywood Director, Best Actor, Massi Furlan and Best Actress, Gley Viera.

Winners were selected utilizing traditional ratings analysis and awards selected by Vanda through a vibrational frequency and energy pull of the film or digital content. Remarkably, or perhaps not so remarkably, awards intersected through separate analysis and judging.
The I AM Award held the highest vibration and is the I AM presence within all of us. The symbol is the feminine divine that carries a five-pointed star which is part of the I AM Thread, founded on the principles of love, peace and honor. The 5 Star Awards include Connection, Positive Consciousness, Attunement, Expression and Beauty. The Rising Rays of Light Awards were awarded for Courage, Insight and Intuition.

“Be connected to your higher self and express your true self and your desires and that will make a difference” shares Vanda.
As a filmmaker, what are you sharing? Why are you sharing it? Is it to make a difference or purely to entertain? When you’re watching a movie, what makes you feel good about watching it? Sometimes people can define it but what makes a movie a people’s choice award or an audience favorite?
The Oscar® statuette symbolizes achievement for the Academy Awards®, for the iHollywood Film Fest it’s the I AM symbol and statuette which is both feminine and masculine with arms raised holding a five-pointed star. This Godessa statuette is the golden image artwork, trademarked by Vanda Inc with digital formatting by Mark Johnson and featured on the festival poster.
A total of 54 films and panels were screened virtually and on demand from June 25-July 5, 2021. Topics and films included feature length, mini movies(short films), digital series, music videos, audio and photography, and included films created during the pandemic plus tribal, veterans, trans and LGBTQI. Hosts for screenings and Q&As were Laura Powers, Michelle Tabrizi-Ortiz, Jessica Ross, Billy Holden, Justin Howard, James Pratt, Arati Misro, Patrick Kilpatrick and Amber Martinez and Edward Marinzel. Hosts streamed from Hollywood, Alabama, Atlanta and Sydney, Australia.
Partners for the iHollywood Film Fest included Vanda; Tri Continental Distribution; Montebubbles Entertainment; Justin Howard; Quiet on Set Hollywood and Maggie Media.
Sponsors include: Product Hollywood; Steve Mitchell Marketing; Woman’s Club of Hollywood; Klio Studio; Axus Coin; Dr. Lawton Tang, Trip Digital Music; Christine Reed; Platinum Image Services; Haven University; Teton University; Asahi beer; Ito-en green tea; Glitterati Magazine; Heard Exclusively; Venture Accel; FoodTech LA and The Atlas Post.

A complete list of winners:
The I AM Award
Winner–Our Neighbor’s Shadow
Finalist-Katie Cutie, Ashu and the Funny Mouse
Runner Up–Alternate Life
Semi-Finalist–Envy

About Vanda
Vanda is a world renowned, Spiritual Entrepreneur and Activist. She received an honorary doctorate for her insightful, ground-breaking methodology of the “worQ”, which was created to accelerate the healing and the rise from all that blocks one’s light into their greatness. The Vanda, Inc. brand is over a decade strong seen on various platforms all over the world. From the Huffington Post, to the United Nations to the Emmy’s, her brand continues to expand rapidly across the globe. Vanda’s continuous passion to consciously connect those for spiritual evolution never fails and she is only getting started. www.Vanda.life