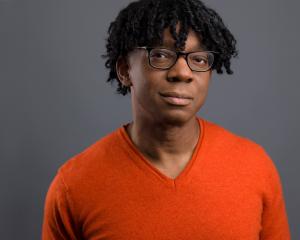 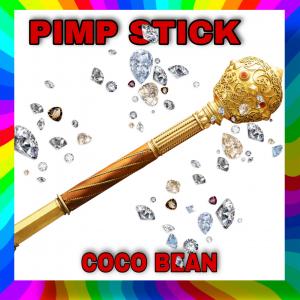 Put up your “Pimp Stick” and stand strong against adversity.

Coco Bean is back with his second release “Pimp Stick”, from his sonic trilogy, which is set to be another smash hit. Coco Bean is the alter ego of the award-winning, multi-talented singer, songwriter, producer and filmmaker, Phil Elam.

In March of this year, Coco Bean burst on the scenes with his debut single, “My Name is Coco Bean”. This song was a bold introduction to the fiercely independent spirit of Coco Bean. His unapologetic and triumphant attitude has connected with many new fans.

His message is clear and declares to the world that we must be proud of ourselves, no matter who we are, or where we are from. It’s no wonder his debut release has already reached over 100k streams on Spotify.

Now, his newest single, “Pimp Stick” is already gaining serious momentum and many playlists are debuting the track at #1! The music video is currently in pre-production and is expected to be an incredible visual experience.

This entertaining track calls for everyone to put up their Pimp Stick! Coco Bean told us: “everyone has a pimp stick, it’s that rod of strength which is buried deep within all of us. Your Pimp Stick is that courage you have that keeps you stepping forward when everything around you is trying to tell you to give up.”

So, the next time you are faced with adversity, prejudice, ignorance or any other type of discrimination, put up your pimp stick!

“Pimp Stick” opens with a highly humorous narrative that creates a light-hearted atmosphere and a vivid image of Coco Bean with his 24-carat pimp stick.

In true Coco Bean style, this song has a tongue in cheek, comedic streak to it. This is emphasised by catchy, witty lyrics and amusing sound effects. It’s virtually impossible to resist the temptation to sing along with Coco Bean’s anthemic chorus when he sings: “put up your pimp stick!”

The blend of uber melodic old skool hip hop vibes and electronic dance music make this track completely infectious and unforgettable. It is the perfect summer jam to add to your party playlist. Not only does it thrill listeners but, more importantly, it encourages people to find their inner strength and stand up for what is right.

This track will easily fascinate and delight any listener. If you enjoy music from artists such as Eminem and Drake then Coco Bean will fit perfectly on your party playlist.

Follow this link to listen to “Pimp Stick” on Spotify: https://open.spotify.com/track/20GZe32fZwlhqwR8IKgH2i?

What’s next for Phil Elam & his alter ego Coco Bean?

It seems that there is no end to Phil’s talents and there are many other exciting projects to be revealed. Firstly, he will be co-hosting the 5th Annual, I See You Awards in August with the creator, Terri Lee, from CBS News Radio, WWJ.

He is also currently filming a new web series pilot. This project is connected with the female director writing team of Robbie Barnes-Kyriakides and Nonie Shiverick. Phil has told us: “Robbie & Nonie are exciting visionaries. I can’t wait for you to see what they are doing.”

Finally, we have discovered that Phil has signed an NDA (non-disclosure agreement) for a feature film, which he would neither confirm nor deny… His lips were sealed tighter than a preacher’s wife girdle after a summer ice cream social. We cannot wait to see what this master of the arts will delight us with next.

Follow and support this artist by following him on social media: