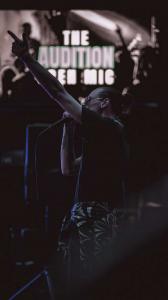 DmtDream –The Psychedelic RockStar – on stage 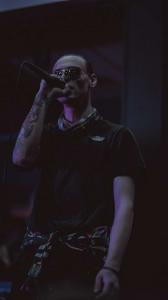 DmtDream is hyped to announce his 3rd Visual “7th Seal” coming at the end of July.

If you can’t step beyond and take a risk, then why would you expect a different picture than the generations prior!”
— DmtDream

DETROIT, MI, USA, July 14, 2021 /EINPresswire.com/ — DmtDream’s second video, displaying “Language of Love” is live on his official YouTube channel. The video went live on June 5th, 2021. DmtDream, also known as Dmt or Dream is excited to announce all future music in audio will be distributed by United Masters; “7th Seal” in audio, drops August 26th, 2021. Dream will only be dropping music videos this summer but no audios except the “7th seal”. Leading up to the drop of the second video, Dream was live on stage in the flesh – the show was run by Tyler Taz aka @tylertazmusic and hosted at the GameTime Gaming Center.

Dmt’s recent performance was in Auburn Hills Michigan and it was also hosted at the GameTime Gaming Center. The young influencer and his team made a lot of noise breaking into Summer 2021. Dmt had the entire room focused on him, with his confident swagger moving comfortably from one side of the stage to the other. The crowd was in shock and awe as he was simply glowing with passion. The two other performances came from members on their roster, “RoarJMcKay” & “Space King”. Dmt explained that he’s only dropping music video this summer. Fans will continue to see great things from The Psychedelic RockStar.

The runner up “Visual Dream” dropped June 5th and has accumulated 100K streams and 9K likes in the first month, the second visual highlights are “Language of Love” and “Dream never stops!” Dmt went to the northern tip of Michigan for filming with Keeping Tabs Media for Memorial weekend. With the release of “Language of Love” RoarJMcKay displayed his skills as a videographer once again!

Dmt is really staying grounded, The Psychedelic RockStar is finding his way up in the current Hip-Hop scene. Lots of new exposure has put Dmt in the spotlight. With three current labels interested in capturing the young prospect’s signature, DmtDream is in no rush. He is very much enjoying the independent route!

One of the many reasons Dmt is attracted to music is the fluent subconscious rhythm along the vibrational edge! It speaks to so many with zero words yet allowing similar energy to be felt! Music is a savior for most and for Dmt it is a very personal love felt through most of his life.

As a young individual, Dream had many attempts trying to figure his musical journey; at the age of 12 he played his first instrument, the electric guitar! Through middle school the cherry red Fender Stratocaster would come to notice the first signs of greatness from The Psychedelic RockStar! Coming into young adult-hood, during high school days, he was a student athlete who highly ranked regionally and nationally. Those were some of the most important building blocks that gave Dmt the edge later in life.

Learning to work with others, he experienced strengths and weakness that helped sharpen his own skills. Being a student athlete also taught the young influencer how to be mentally strong while moving in the conscious! “To be a legendary player in life, you either step out of those constructs that individuals around you have built, (strictly for ego) or you find yourself in that dimensional phenomenon — the 99% we call “middle class”,” explains Dmt.

“If you can’t step beyond and take a risk, then why would you expect a different picture than the generations prior! If you want the life of your dreams then you have to manifest your safety so you can afford the risk!,” Dmt further elucidates.

For all information on DmtDream, The Psychedelic RockStar go to the following links:

This press release is issued through EmailWire.Com (www.emailwire.com) – a global newswire with press release distribution services.