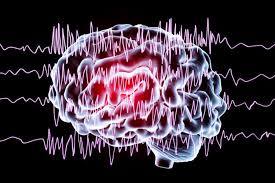 Even though the article carries the byline of Emory’s Robert Waterman, it is obviously written by Krugman. Now, in the noted tradition of progressive doctor and activist Dick Gregory, we can hope that the piece is accurate and that the scientific community can use the recognition this raises to educate the public about the critical issue of comprehensive treatment for individuals with epilepsy. The editors of The New Yorker, a magazine that we hope everyone will read, added to the list of things you should know by devoting a very brief, frustrating and wrong-headed article to the “disease” of obsessive-compulsive disorder. But Dr. Waterman’s article should really be of some interest to those interested in epilepsy.

Krugman links to both the article and this comment by Dr. Waterman:

“…ultimately, the demand for new targets for treatment comes from patients and their families, not from government bureaucrats.”

If you’re like me, then the demand for more effective treatments comes from advocates such as my mother who has been trying to get proper treatment for months for her 8-year-old son, Andy, who has a confirmed and yet-to-be-discovered seizure disorder. If she can’t get treatment for one child, who is she going to get for the thousands of families like hers all across America? The pharmaceutical companies are under relentless attack, and the movement toward unrestricted and public availability of life-saving medicines has been steadily gaining ground. With proper lobbying and public awareness, it is going to be a winning cause.