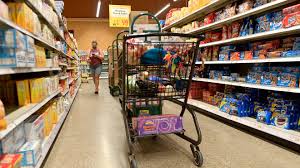 President Donald Trump was sworn in in January 2017 with a pledge to make America great again. America has so far been less great than it should be, having returned to pre-1960 levels of income and wealth distribution.

The foundation of that future will be creating jobs through an economy powered by innovation and people that are empowered to innovate to create more and better jobs.

In Congress, Republican leaders voted to defund the primary engine of the Trump campaign – the American workforce. Less than a week before the shutdown began on January 19, 2019, Congressman Mark Meadows told his colleagues, “America is shrinking.” In a similar vein, Rep. Warren Davidson brought to the floor a petition calling for a formal censure of Georgia House Democratic leader Stacey Abrams for being the executive director of the NAACP.

This deceitful behavior constitutes the most damaging economic transformation of our country in the history of our nation. America must rethink, in law and policy, the rights and responsibilities of the employer-employee relationship – the job that provides the platform for freedom, entrepreneurship, employment and growth.

The erosion of rights of the working person is also being done to the next generation. I led a joint session to Congress on October 19, 2017 (which was a September 5, 2018 Holiday) in which a group of millennial students looked me in the eye and said “don’t doubt the power of these words.” Their words are too powerful to be ignored. They spoke of it being “equitable,” “progressive,” and “equal”. Those words were political hogwash. They sounded good and they feel good. But in order to survive in a failed society, each of them must understand the terms – Equity, progressive, and equal. They were not a description. They were the essence of American liberty. How dare they diminish the life-changing God-given rights given to our fellow Americans by our first President, Washington, and the Constitution, as well as Americans before and after?

We must rebuild our economy by reestablishing the right to remain in our homes without risking detention or deportation. There are approximately 700,000 individuals in this country with similar protected characteristics as those listed in the Supreme Court’s ruling in the Plyler v. Doe decision – parents with children, immigrants, and LGBTQ individuals. The 10th Circuit Court’s related ruling in favor of a worker who faced deportation because her employer refused to pay overtime because she was undocumented is a message to all employers that illegally retaliating against workers who exercise their right to join together for collective bargaining is illegal. Federal law applies to all employees and a legal precedent has been established in this area. Government must spend a lot of money to inspect and secure our borders so that our immigration laws are enforced. The administration could start by implementing human trafficking legislation that has been blocked for decades. It is time to revive the vision of America in the Bill of Rights, which was the first piece of legislation on which the Constitution was based, and updated it to address climate change, immigration, modern-day slavery, human trafficking, and economic inequality.

The failure of the American and American-led free trade agreements to allow for the free movement of skilled workers was a mistake. We should have recognized the free movement of goods and capital as something that benefits Americans – not just powerful corporate entities. This has also put all Americans, including working women, under stress from declining standards of living in industries like manufacturing, health care, and agriculture.

Furthermore, the divide between those at the top of the income and wealth structure and those at the bottom of the income and wealth distribution is widening in the U.S. The 9th Circuit Court of Appeals decision in favor of workers who could not be fired because they voted against a union at work undermines common sense, loyalty to employers, and the right to free speech. The corporate-backed National Right to Work Committees contribute millions of dollars to right-wing politicians with the hope of curtailing our constitutional right to bargain collectively to better secure decent jobs for workers. The reactionary Agenda 21 Committee wants to end cities and towns that have initiatives to improve urban planning, environment, transportation, and other issues that affect lives of ordinary people.

To rebuild our economy, America needs a new social contract. The current arrangement of a laissez-faire economic system and a barbaric justice system failed America years ago and the last generation is bearing the brunt of the difference.