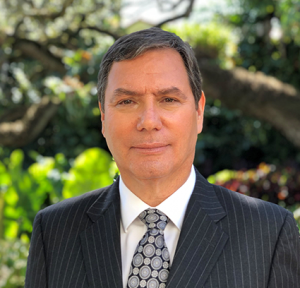 FORT LAUDERDALE , FLORIDA , USA, April 7, 2021 /EINPresswire.com/ — On Tuesday, March 16, 2021, eight people died at the hands of a gunman at three Asian-run spas in Atlanta, Georgia. A mere seven days later on March 22, ten people were gunned down at a grocery store in Boulder, Colorado. According to gunvoilencearchive.org, mass shooting incidents have grown from 269 in 2014 to 417 in 2019, with 117 deaths from mass shootings already reported as of the end of March this year.

In addition to the immeasurable heartache caused by these violent acts, a ripple effect is felt by all of us, as facilities, businesses, schools, night clubs and others try to shift to safer protocols. Irwin R. Gilbert, Senior Partner at the South Florida-based law firm, Conrad & Scherer, has been involved in more than 68 legal battles surrounding mass shootings and has seen this trend play out repeatedly. He has been involved in civil lawsuits after both the Pulse Night Club and Marjorie Stoneman Douglas incidents. He represented defendants in each of these cases and won dismissals for all of them.

As these incidents multiply, Gilbert warns that the legal standard of care may expand to anticipate these dangers. Gilbert predicts that the Boulder shooting may push grocery stores and other retailers to make difficult choices, some based on legal liability and some based on public optics. Although laws vary from state to state, each incident results in civil lawsuits aimed at anyone that could possibly be liable. He points to one example in California where an online dating service is being sued after a member was murdered by someone he met on the dating site. The victim’s family claims that the dating site failed to take adequate measures to protect from such attacks.

In the Pulse Night Club case, he adds, the employer of the gunman was sued based on the accusation that they did not properly vet him prior to hiring and then trained him how to use a firearm. Likewise, Walmart is threatened with suit after the El Paso incident, accused of inadequate security.

The common thread, explains, Gilbert is the “Law of Negligence.” “What is the duty of property owners to foresee certain incidents?” he said. “The laws in this area have been expanding over the years. The standard of care changes and the goalposts get moved.”

Once an incident occurs, similar properties or institutions then have the duty to do what is reasonable to foresee similar events, according to Gilbert. Yet, the practical obligation can be fuzzy and legal exposure less predictable.

Complicating matters further is the problem created if a property ‘undertakes’ additional measures beyond the existing standard of care and then injuries are still suffered. This legal principle known as the ‘Undertaker Doctrine’ essentially punishes a property owner for undertaking measures but doing so negligently. “Once new safety measures are put in place they better be done right or that company is exposed to liability.”

“Liability won’t change if the duty of care doesn’t change,” he added. “But once a possible incident becomes more foreseeable, liability increases.”

For the future of grocery stores or other retailers, Gilbert predicts a variety of new measures may be put in place in certain locations by select companies. For example, he believes armed security guards may be more visible, particularly closer to the entrance and exit areas. The security strategy would be to keep the offender out of the store and suppress the incident at the entrance.

The addition of metal detectors may be more complicated, he explains, as the technology is expensive. “The type of metal detectors used at places like airports are too sensitive and wouldn’t be practical. They are going to have to figure out what is realistic and commercially applicable.”

“I am routinely asked by clients how to deal with risk,” concluded Gilbert. We provide advice and guidance as the law evolves. “Unfortunately, in the U.S., everyone gets sued. It’s a profoundly difficult situation.”

We are proud of our commitment to excellent legal representation in any forum, and we are proud of the sophisticated matters we handle for the impressive clients we serve across the globe. High-Stakes Trials; High-Impact Cases; High-Profile Clients; High-Quality Representation. Contact the professionals at Conrad & Scherer by going to conradscherer.com or 954.462.5500 to learn more today.