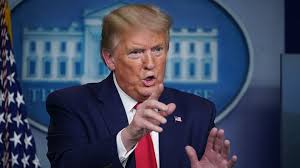 As oil prices tumbled to $66.92/barrel this week, President Donald Trump is taking steps to ease regulations that he says protect his political base from higher prices at the pump.

The president also signed a memo with other administration officials to explore allowing companies to more easily extract petroleum from deposits in public lands to help alleviate recent gas price spikes. The move potentially addresses a lack of available oil supplies created by aging and damaged pipelines that Trump has blamed on Obama-era regulations.

Earlier this year, I wrote about a headwind that has prevented stronger energy production from bolstering the U.S. economy during the past two years: federal regulations on fossil fuel extraction and pipelines.

These regulations, including the Obama administration’s Clean Power Plan, have the effect of artificially raising the price of fuel at the pump. That, in turn, could keep folks at home on weekends, forcing businesses and homes to remain idle and keeping inflation in check.

According to Energy Information Administration data, prices per gallon surged by 61 cents in just one month last year. That trend, however, has begun to reverse.

Trump has targeted these so-called regulations as one of his preferred ways to create jobs, reduce the price of gas, and boost the U.S. economy.

If the administration moves forward with the memo, it would build upon previous efforts to remove roadblocks to oil and gas development, including an order to allow state approval of drilling projects on federal lands.

The political bias is clear.

For the first three years of the Obama administration, Democrats in Congress refused to pass legislation that gave Trump what he wanted: regulatory relief for the oil and gas industry.

Congress and the Trump administration, on the other hand, have only recently been able to work together to enact policies that address the president’s priorities.

But it will be important to keep tabs on what exactly the administration may offer in its next plan to ease regulations on drilling.